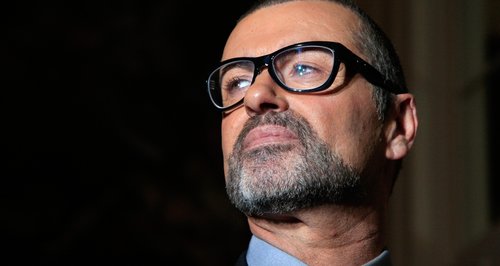 The former Wham! star has been out of the spotlight since falling out of a car on the M1 near Watford in May 2013, from where he was airlifted to hospital with a head injury.

Now Michael, 50, is releasing his sixth solo album, Symphonica, which he began recording during his 2011-12 orchestral concert tour of the same name.

The album includes highlights from Michael's back catalogue as well as covers of songs, such as Nina Simone's My Baby Just Cares For Me and Ewan MacColl's The First Time Ever I Saw Your Face, made famous by other artists.

It is also the final work from the late Phil Ramone, who co-produced Symphonica with the Faith star.

Last year's motorway accident took place just 18 months after Michael came close to death when he was struck down with pneumonia in Vienna, but he fought back to perform again.

It was the latest car drama for the singer, who in 2010 received an eight-week prison sentence after he pleaded guilty to driving under the influence of drugs and possessing cannabis following an incident in which he crashed his Range Rover into a branch of Snappy Snaps.

Symphonica will be released on Monday 17 March 2014 and one track from the album, Praying For Time, will be available for free download.

Lead single Let Her Down Easy, a cover of the Terence Trent D'Arby song, will be accompanied by a new video.