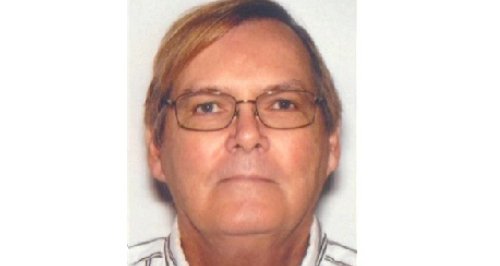 Police investigating a paedophile American teacher who worked at a London school say several parents have told them they don't want to know if their children were victims.

American national William Vahey, 64, (pictured) who was found dead last month, taught history and geography to students at Southbank International School in London from 2009 to 2013.

The Metropolitan Police Service said their inquiries - based on information passed to them from the FBI via NCA CEOP - have identified images of at least 60 suspected victims of abuse.

All are boys believed to be aged between 11 and 16 years at the time the images were taken, and police say they will continue to work through this material to identify any further victims.

Detectives attended a meeting at the school along with representatives from the NSPCC and parents of former and current pupils, where they were able to address the concerns of the audience and update them on the priorities of the investigation.

Commander Graham McNulty, Specialist Crime Investigations, said: "Our priority at this time is to identify those children who have been abused and work with the NSPCC and other agencies to offer appropriate support to them and their families.

"A significant number of parents have indicated that they do not wish to be informed of any details pertaining to possible offences against their children. We respect this position and the dilemma that parents face.

"We are therefore currently considering differing options which would allow us to account for the wishes of all parents whilst ensuring we fulfil our responsibilities to support victims of crime."

Given that Vahey is deceased, police said their main priority is to identify potential victims.

They said they will continue to liaise with the FBI and other law enforcement agencies to establish the extent of Vahey's offending within the UK and abroad whilst he worked at Southbank International School.

On April 22, as part of their inquiries, police executed a search warrant at Vahey's address in north London, where officers recovered a laptop and 11 memory sticks.

The Metropolitan Police has no record of having received any previous allegations against Vahey.

The teacher, who is believed to have also abused children at other schools around the world, killed himself two days after investigators filed a warrant to search a computer drive belonging to him containing pornographic images of at least 90 boys aged from 12 to 14, who appeared to be drugged and unconscious.

The investigation is being led by the FBI, which said the photos were catalogued with dates and locations that corresponded with overnight trips that Vahey had taken with students since 2008.

He was convicted over a child sex offence in California in 1969 but appears to have failed to sign the sexual offenders' register, which allowed him to slip through the net and go on to work in several schools.

In a letter to parents on Friday, Graham Lacey, executive principal at Southbank, urged any pupils who had experienced anything disturbing to come forward.

He wrote: ''As a staff we feel upset, angry and betrayed. We can only imagine what you as parents must feel.''

The letter added details of the checks that were made when Vahey joined the school, when he was subject to a Criminal Record Bureau (CRB) check, which is standard procedure and revealed nothing untoward.

A second check, three years later, produced similarly positive results and Mr Lacey added that three references the school obtained were ''outstanding'' and ''specifically stated that there were no safeguarding issues''.

Mr Lacey said he was an "extremely popular teacher" and several parents had even expressed their sadness about his leaving the school.

He said there had been one incident that occurred, which was investigated by school management at the time, but both the parents and the child stated they did not want to pursue the matter any further.

Vahey taught in various international schools, which has led the FBI to believe his victims are from all over the world. Because of the fact that he drugged them, some might not even know they were abused.

He was confronted about the images by a colleague at the American Nicaraguan School in Managua, Nicaragua, where he had most recently been teaching, and he confessed that he was molested as a child and had preyed on boys all his life, plying them with sleeping pills before abusing them.

Vahey, who had a home in London as well as in South Carolina, was found dead in Luverne, Minnesota, on March 21.