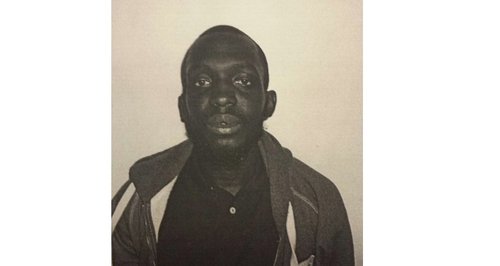 Detectives are offering a £10,000 reward to help track down a convicted murderer on the run from a mental health unit in East London.

Lerone Boye, 27, (pictured) has not been seen since 16 October 2013, when he escaped from the John Howard Centre in Kenworthy Road in Homerton.

He was sentenced to 28 years in December 2012 for the murder of 17-year-old Kelvin Chibueze. The youngster was stabbed to death at a birthday party  in Ilford in August 2011.

Scotland Yard said there is "some intelligence to suggest" that Boye may be in the east London area. He is also known to have links to Barking, Newham and Ilford.

Boye is as a slim, black man who is 5ft 10ins tall. He has a distinctive horseshoe shape scar on his right cheek and a gold tooth in his upper row of teeth.

He was wearing a grey/blue sweatshirt with a grey vest over the top when he was last seen. He was also wearing grey jogging bottoms. He had short hair and a goatee beard.

People are advised not to approach Boye but to call 999.