Boris Johnson has opened the first fully-segregated section of Cycle Superhighway and unveiled plans for similar improvements elsewhere on the road network.

The Mayor also committed to a major upgrade of existing Cycle Superhighway routes, including the section where a cyclist died in July, and an entirely new north-south segregated cycle route through Central London.

The new section of Cycle Superhighway, between Bow and Stratford, has just under 2 miles of new cycle track, almost entirely physically separated from traffic, along with bus stop bypasses to protect cyclists.

The Mayor, Boris Johnson, said: "This Barclays Cycle Superhighway is the first physical fruit of my promise to improve the experience of cycling in London. A stone's throw from  the Olympic velodrome where Britain's cycling team topped the world, we humbler London cyclists now have a world-standard cycle route of our own.

I am also today announcing that we will build a second substantially-segregated cycle superhighway through the heart of central London, adding a north-south segregated route to our already-announced east-west route.  I share people's impatience for change. We have taken the time to ensure that it is done properly - but that physical change is now underway." 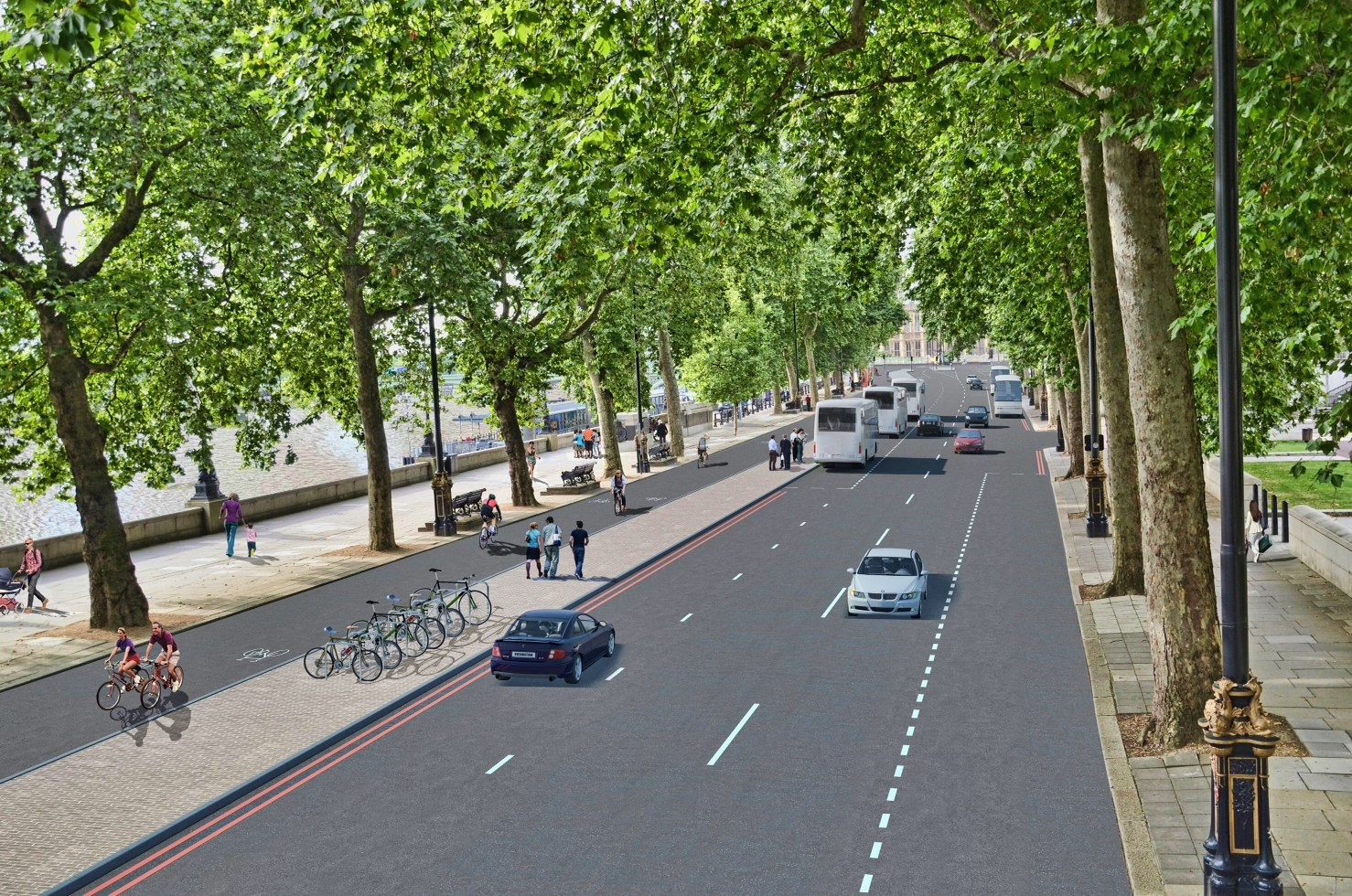