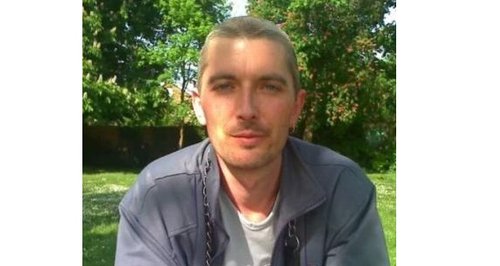 A second person's been charged with murdering an Irish man found badly injured in a skip in south London.

Michael Hunt, 37, (pictured) lived in Selhurst, but originally came from Wexford in the Irish Republic.

Police were called shortly after 7am on Saturday 15 March 2014 after he was found seriously injured in a skip in an alleyway in South Norwood.

He was taken by ambulance to Kings College Hospital, where he died shortly before midday.

Tests gave his cause of death as a blunt trauma to the head and torso with associated complications.

Arry James Green, 21, was due to appear at Croydon Magistrates' court on Thursday 20 March, charged with the murder of Michael Hunt.

Fiona Nalty, 24, who was arrested in Brighton on Thursday 20 March was subsequently also charged over the death.

Mr Hunt's family said in a statement: "We love and miss you lots and lots, you will never be forgotten.

"Mick was such a kind gentle natured spirit, always happy-go-lucky with a dry sense of humour. He had a kind heart and was a loving big blue eyed sliver fox. Mick was very family orientated he was loved by everyone who he came into contact with.

"Right now we would appreciate just to be left alone to grieve in peace so please respect our privacy."