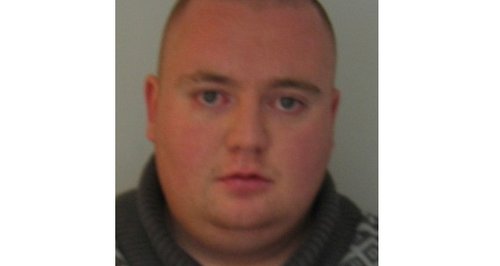 A trainee paramedic who raped a female friend at student halls in Tooting after pretending he was gay has been jailed for 12 years.

Christopher Bridger (pictured) will have to serve three years’ on licence when he's released.

The 25 year old from Stevenage, Hertfordshire, was also found guilty and sentenced for committing further offences investigated by Surrey Police. He was told he will serve those at the same time as the sentence for rape.

Detective Constable Claire Hastings of the Sexual Offences, Exploitation and Child Abuse Command said: “I am pleased with the sentence that has been handed down today and it reflects the seriousness of all the offences committed.

“These were traumatic incidents for the victims and they have showed an immense amount of courage in coming forward and reporting their experiences to both the Met and Surrey police so that an investigation could be launched. Their bravery in coming forward and supporting this investigation has been pivotal in seeing Bridger being convicted today.

“Even with the passage of time this case illustrates that the Met will support victims of sexual attacks who come forward and we will vigorously pursue perpetrators and bring them before the courts.

“Bridger is a predator and a confidence trickster who abused the trust these women had in him. He purported to be their friend and deceitfully set out to gain their trust by lulling them into a false sense of security by claiming to be gay. Bridger took advantage of these women when they were at their most vulnerable.

“I hope the sentence today will give anyone who may have been a victim of a sexual assault the confidence to contact us or one of the many organisations that assist victims to ensure that they are provided with the support that they require.

“This has been a complex case involving both the Met and our counterparts at Surrey Police and I would like to thank them for assisting us with our investigation. By the joining of our cases for trial it has strengthened the voices of all the victims ensuring that the most powerful evidence is put before the jury.”

The court heard how in September 2008 while Bridger was studying at St George’s University Hospital as a paramedic he befriended his first victim who resided at the same halls of residence.

The victim had been on a night out with friends when she became upset and decided to leave early. Bridger along with another friend returned back to the halls of residence with the victim.

The three went to Bridger’s room with the friend then leaving to return to his own room leaving the victim and Bridger alone. With the victim lying on the bed Bridger put a film on for the victim to watch. He then began cuddling the victim to which she had no concerns as Bridger had announced when they first met that he was gay.

After a period of time Bridger began to kiss the victim on her cheek. He then began taking her clothes off followed by his own and then raped her.

Traumatised by her experience the victim was unable to report the offence at the time it happened.

A Met Police investigation was instigated in August 2013 by officers from the Sexual Offences Exploitation and Child Abuse Command.