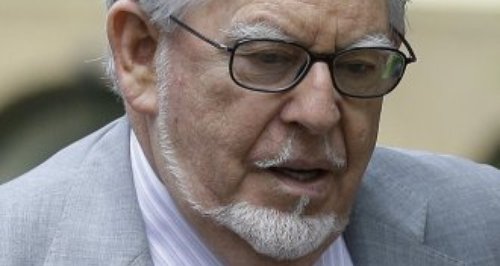 Veteran entertainer Rolf Harris has been found guilty of a string of indecent assaults against underage girls.

Harris, whose showbusiness career spans more than 60 years, remained stony-faced as the jury returned guilty verdicts on all 12 counts after a seven-week trial at Southwark Crown Court.

His daughter Bindi held hands with a fellow supporter, and his wife Alwen and niece Jenny watched from the public gallery as Harris learned his fate.

The 84-year-old will be sentenced on Friday.

Mr Justice Sweeney warned Harris it was "inevitable" a custodial sentence would be possible.

It is the highest profile conviction achieved by officers from Scotland Yard's Operation Yewtree team - the unit set up to investigate historical sex abuse claims in the wake of the Jimmy Savile scandal.

During the trial, four females described their ordeal at the hands of the Australian-born cartoonist - with the youngest being just seven or eight years old.

He was accused of indecent assaults dating between 1968 and 1986, but several other women gave bad character evidence against him at the trial, reliving how they had been molested by him as late as 1991.

Prosecution sources confirmed to Sky News that dozens of other women have also come forward during the trial, claiming they too were assaulted by him and police are considering whether to bring further charges.

Two Australian women have also exclusively told Sky News they were groped by Harris in circumstances which echo some of the evidence heard during the trial.

The main complainant against Harris - who performed in the Queen's Diamond Jubilee celebrations in 2012 - was the best friend of the singer's daughter Bindi.

The woman, who is now 49, told how she was first molested by Harris after she stepped out of a shower during a holiday in Hawaii in 1978 with Bindi and the rest of her family.

He then groped her again on the beach before carrying out further attacks on her in the bedroom of his family home in Australia - as Bindi slept nearby - and the assaults continued back in Britain.

Prosecutor Sasha Wass described Harris as a ''sinister pervert'' who used his fame to get close to young women and girls, adding that he had a ''dark side'' and was a ''Jekyll and Hyde character''.

Key to the case was a letter written by Harris to the father of the main victim in 1997 after she had told her parents of the abuse she had suffered as a teenager.

In it, Harris wrote how he was in a ''state of abject self-loathing'', adding he was ''sickened'' by the ''misery I have caused".

The prosecution said it amounted to a confession of his indecent assaults on her which went on until she was 29 years old - only ending when she moved to Norfolk.

The other allegations involved attacks on a girl in Portsmouth in 1968-1969, a woman in Cambridge some time between 1975 and 1979 and an Australian woman called Tonya Lee who was molested in a London pub in 1986.

The Metropolitan Police said afterwards Harris "habitually denied any wrongdoing" and "thought his celebrity status placed him above the law".

The Crown Prosecution Service added: "The victims in this case have suffered in silence for many years and have only recently found the courage to come forward. Each victim, unbeknown to the others, described a similar pattern of behaviour - that of a man acting without fear of the consequences."

Bafta confirmed Harris will be stripped of the Bafta Fellowship he received in 2012. The children's entertainer may also lose his CBE following his conviction.