A London taxi driver has died after part of a building fell onto her car in Central London. 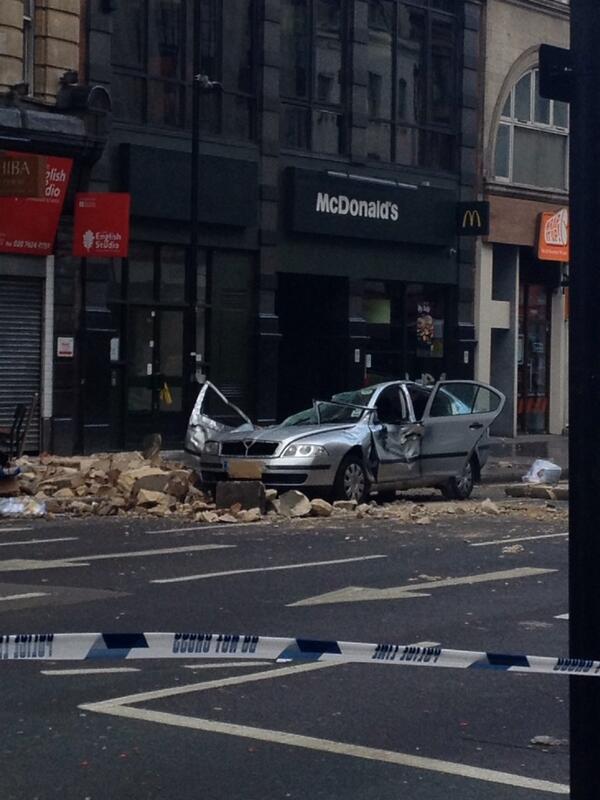 Police say two other passengers,a male and a female, were in the car at the time, and were taken to hospital with non life-threatening injuries.

Firefighters freed the driver - a 49-year-old woman - and a 25-year-old man who was trapped in the back seat, but the woman was pronounced dead at the scene.

A fourth person, believed to be a male passer-by, was also injured and taken to hospital.

10 more people were evacuated from nearby buildings as a precaution.