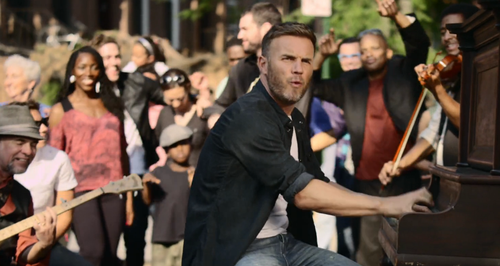 The Take That frontman's latest single was first played on Heart last week along with the news that it will precede a brand new album - 'Since I Saw You Last', which will be released on 25th November 2013.

The music video for the first single from the album was shot on the streets of New York City. In the first scene Gary is seen strolling around the streets of Manhattan. Later, he wheels a piano into the middle of a road and begins to play. He is then joined by dozens of passers by, who play guitar and sing along to his lyrics.

Watch the music video below, and scroll down to get a chance to win some exclusive personalised signed artwork for Gary's forthcoming album.