The first charity run raising money for the Children Heart Unit at the Freeman Hospital in Newcastle's being held at Paddy Freeman Park.

There are 3 different lengths of runs taking place, the 1.5km, 5km and 10km for all different abilities and ages.

It's the first time the Children Heart Unit Fund's held a fun run to raise money for the unit.

Ivan Hollingsworth's a trustee of the charity, he's spoken to Heart about the event:
"We really wanted to have an event that was more than just a run.

We wanted it to reflect what our charity is about  - which is family, healthy living and fun.

We really think that the day will encapsualte all of those things."

His son Seb was born with a heart defect and was treated at the unit, which is why the charity means so much to him:
"I'm not going to be able to mend Seb's heart, but we might be able tio buy some machines or build a playroom.

Anything that can have a positive impact on his life and other children like him.

We have a world-leading heart unit on our doorstep.

This is the place people come to from all over the world to learn from the guys at the Freeman.

CHUF is the charity that support this unit and the only way we can make the charity grow is by other people helping."

There'll be a number of family-friendly activities running throughout the day until 4pm, including food and drink stalls, live entertainment and Heart's drive time presenters Justin and Kelly.

There'll also be 3 Olympians there. 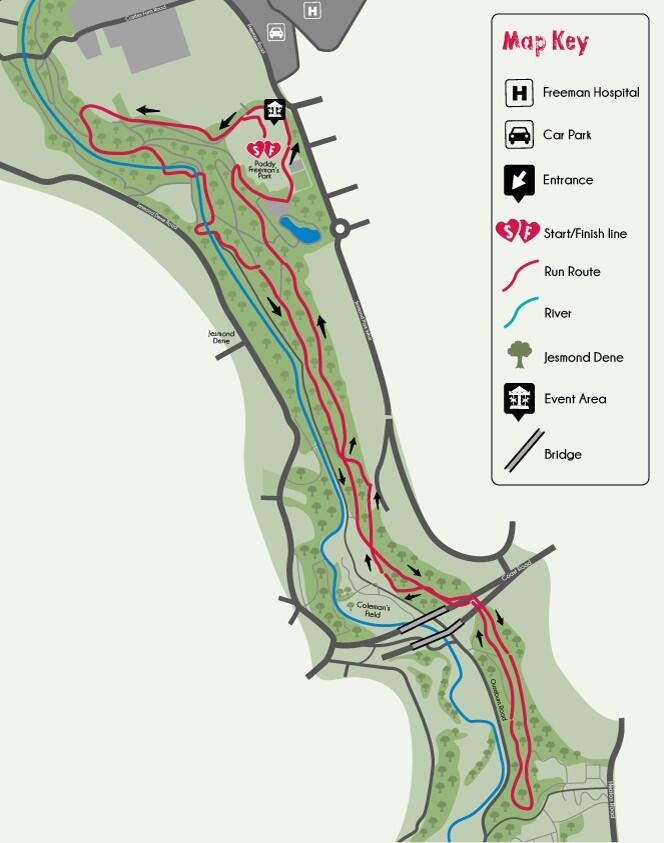