A landlord from Jarrow's gone all out for the World Cup, decking his pub out with the flags of the different countries competing in the World Cup.

The Robin Hood pub's not hard to miss as you drive down the A194 Leam Lane - as it's adorned with dozens of brightly coloured flags of the world.

Landlord Norman Scott has spent the last 5 weeks decking it out ahead of the tournament in Brazil.

He's got 96 flags of every country and plans to take them down as each country is eliminated. 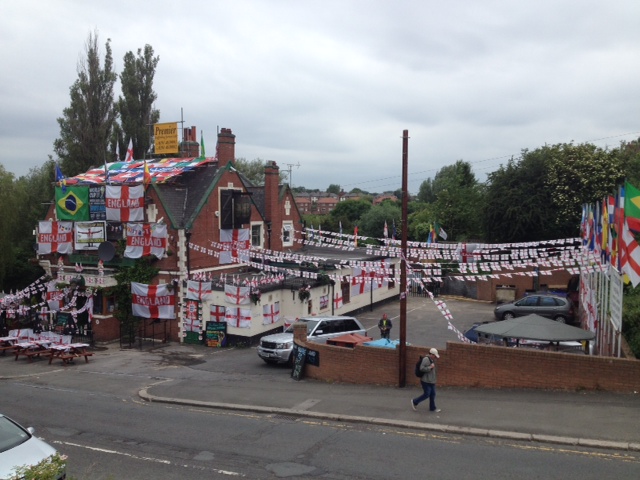