A teenager from Newcastle will undergo a psychiatric assessment after appearing in court charged over allegedly planning an attack on a city college.

18 year old Liam Lyburd was arrested following a report to police by a member of the public who became concerned after seeing posts on Facebook.

A subsequent search by police uncovered pipe bombs, firearms and three cannisters containing 94 lots of live ammunition as well as a black 'kill bag' including black balaclava, knee and elbow pads, nail covered pipe bombs and a lanyard for holding a firearm.

He will be back in court for a plea and case management hearing on January 30th next year and a trial date was listed for April 13th.

The judge asked if there will be psychiatric evidence in the case.

Northumbria Police confirmed that the target of the alleged violence was Newcastle College, but they successfully prevented the incident from taking place.

A teenager from Newcastle has appeared in court after allegedly planning an attack on a city college.

Lyburd, of Hamilton Place, Newcastle, spoke only to confirm his address and date of birth.

No pleas were entered and he was remanded in custody to appear before Newcastle Crown Court on November 20.

The estate where he lives, in the Arthur's Hill area of Newcastle, was cordoned off on Monday while searches were carried out.

Police said later that serious harm was intended to be caused at Newcastle College.

Police say they've stopped an alleged plan to attack Newcastle College after finding a gun and 5 pipe bombs in a house in the city.

Officers were called to a report of concern for a person at an address at Hamilton Place, in the Arthurs Hill area of Newcastle on Monday 3rd November.

Army bomb disposal teams from Catterick Garrison were called and they searched the house where they found the weapons.

In a statement, Northumbria Police say:
"The investigation to date has revealed that there was intent to cause serious harm at Newcastle College, we are confident that we have prevented the incident from taking place.

Officers do not work in isolation they rely very much on daily assistance from the public and partner agencies we would like anyone with further information to contact police on 101 ext 69191, quoting reference 401 22/10/14, or Crimestoppers anonymously on 0800 555 111." 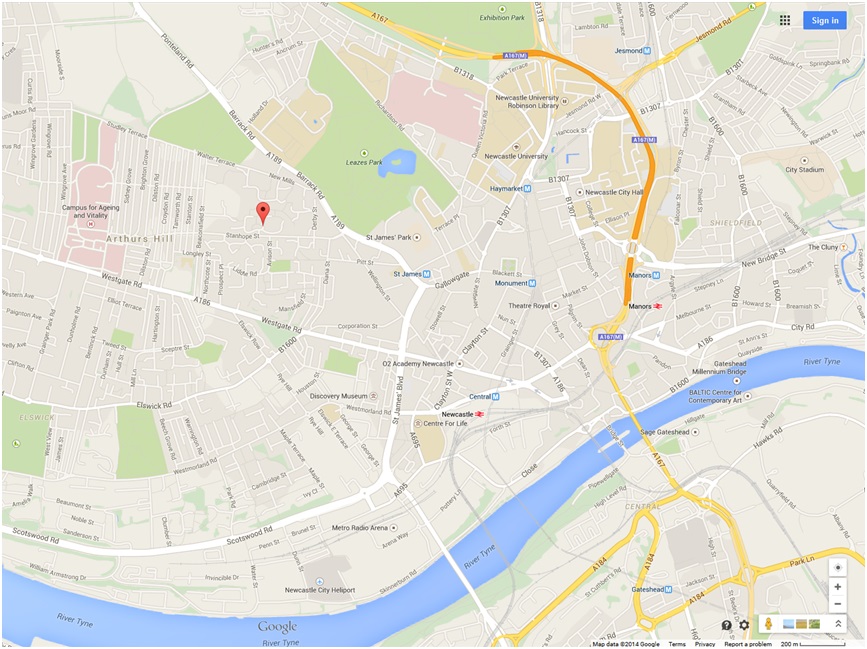 Pictured: Hamilton Place in the Arthur's Hill area of Newcastle

Newcastle College Principal Carole Kitching has told Heart:
"I would like to reassure staff, students and their families that their safety has been paramount to us and the college remains a safe place to study.

The security team already works in close partnership with the local neighbourhood policing team and this will continue. Officers will be on patrol around the campus to offer reassurance and anyone who is concerned can speak to an officer or contact the college's welfare team.

People should attend the College as usual. We have an extensive network of CCTV cameras monitoring key areas inside buildings and across the campus and our security staff are on duty 24 hours a day.”

Police say they believe an 18-year-old man arrested on suspicion of possessing explosives in Newcastle was intending to harm people.

Around 50 people were evacuated from a Newcastle housing estate at 11.36am yesterday after officers received a report of concern and found "suspicious items'' at a property.

The teenager is in custody helping with inquiries after he was arrested at an address in Hamilton Place.

Superintendent Bruce Storey of Northumbria Police said:
"The person, a white 18-year-old man, has been arrested and he is currently in custody helping with inquiries.

He has been arrested on suspicion of being in possession of explosives with intent to endanger life.

We don't know this man's motivation but we do believe he intended to harm people.

We are in the early stages of establishing his lifestyle to gather a picture of what his motives may have been.

We are currently searching the address and, as public safety is a priority, local people have been evacuated from their houses.''

Officers from the Army bomb squad, based in Catterick, North Yorkshire, attended the housing estate close to Newcastle United's stadium.

The area was cordoned off and a number of homes evacuated while the man's property was searched and suspicious items found at the address were investigated. 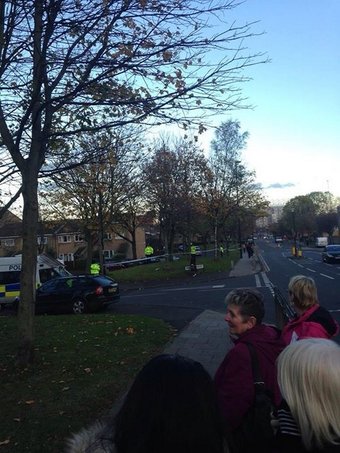 Mr Storey said:
"While we are keen to ensure people return home as soon as possible, we must ensure it is safe to do so.

Should we need to accommodate people overnight, temporary provisions will be provided.''

Police are at the scene to help anyone with concerns and to provide reassurance.

Part of a Newcastle estate has been cordoned off and a man has been arrested.

Police tell Heart around 50 people have been evacuated from their homes as a precaution.

It's after "suspicious items" were found at a property in Hamilton Place.

Northumbria Police were called to an address at 11.35am this morning after reports of concern for a man.

Officers say enquiries are ongoing to establish exactly what the items are. 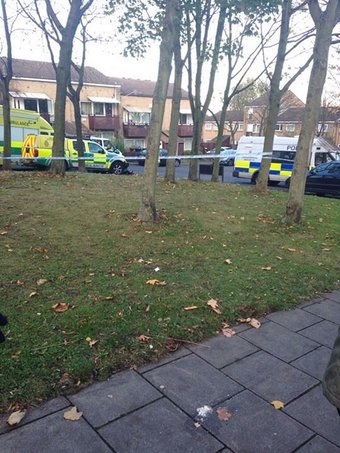