A car, thought to have been used by armed robbers who targeted a jewellery shop in Yarm has been recovered.

This is the Audi A6 which was recovered by police at Yarm Cricket Club shortly after an armed robbery at Market Cross Jewellers on Yarm High Street just before 5pm on Monday 10th November.

Cleveland Police have told Heartl:
"We suspect this car is stolen and would ask anyone who saw this vehicle in or around Yarm High Street during the hours or even days before the robbery – or as it left the scene - to contact Cleveland Police on 101."

Information can also be passed anonymously to the independent charity Crimestoppers anonymously on 0800 555 111. 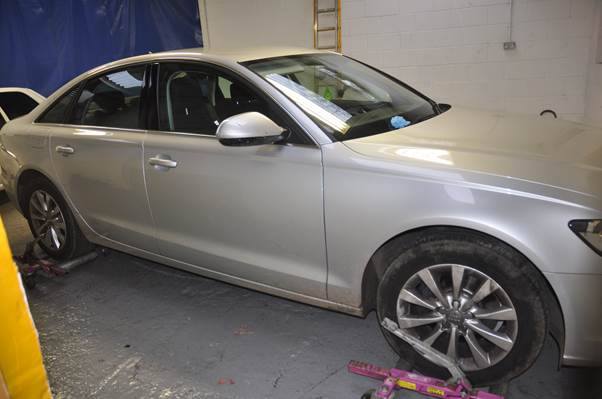 Armed robbers have escaped with thousands of pounds worth of jewellery after raiding a shop in Yarm.

Four staff members were in the store at the time. They weren't hurt but were left shaken.

Contrary to some reports it is not believed at this stage that any firearms were involved.

No-one was injured as the suspects took a large number of high value watches and jewels however shop staff were understandably badly shocked by the incident."