Energy company Cuadrilla has started exploratory oil drilling in the English countryside as anti-fracking protests at the site entered a ninth day.

The project has been subject to days of delays because of high-profile protests designed to halt delivery of trucks and equipment to the plant.

Today a Cuadrilla spokesman said: "We started test drilling at 11.15am, and we will do a 3,000ft vertical well. We will be there for two to three months.''

Campaigners fear the project at Lower Stumble, near Balcombe, West Sussex, could lead Cuadrilla to go on to conduct hydraulic fracturing, or fracking.

Opponents of fracking have highlighted concerns about potential water contamination and environmental damage, as well as small-scale earthquakes.

Police have had to throw up a daily security operation around the test site's entrance as dozens of anti-fracking protesters have turned out to halt deliveries.

More than 30 people have been arrested since last Friday, mainly on suspicion of obstructing deliveries, including Natalie Hynde, 30, the daughter of the Kinks' Ray Davies and the Pretenders' Chrissie Hynde.

Natalie Hynde's boyfriend, veteran eco campaigner Simon "Sitting Bull'' Medhurst, 55, was also held after the pair superglued their hands together around the gate for around two hours.

This week Cuadrilla's chief executive, Francis Egan, reacted to concerns surrounding the drilling by saying his firm has ``no intention of ruining the countryside and won't ruin the countryside''.

Mr Egan insisted fracking was safe and would not pose a threat to the public or people's drinking water.

He said "significant'' amounts of oil and gas could be made available through fracking in the UK, but acknowledged his firm's activities had been delayed as a result of protests against its exploratory drilling activities in West Sussex.

The sensitivity of the subject was highlighted after former Government energy adviser Lord Howell issued an apology for suggesting fracking could be used in 'desolate'' north east England without any impact on the surrounding environment.

Lord Howell went on to provoke further criticism when he tried to clarify his comments by suggesting he actually meant ``unloved'' areas of the country such as Lancashire.

His attempt at clearing up the controversy prompted Deputy Prime Minister Nick Clegg to urge Lord Howell to be quiet. Mr Clegg also suggested on his regular LBC radio phone-in that the Conservatives were getting "over-excited'' about the controversial extraction technique's potential benefits.

Reacting to the start of drilling, Vanessa Vine, of Frack Free Sussex, said:"I'm absolutely livid and incredulous. This is a violation of our geology that could threaten our water, fresh air and our children.

"I cannot comprehend why the people in Government who are supposedly responsible for protecting the people have not only allowed this, but forced this through.

"There is a political mania around this. I have no faith in our governmental process, and I feel like Balcombe is sacrificial.

"This is going to spark the biggest environmental movement we have seen.'' 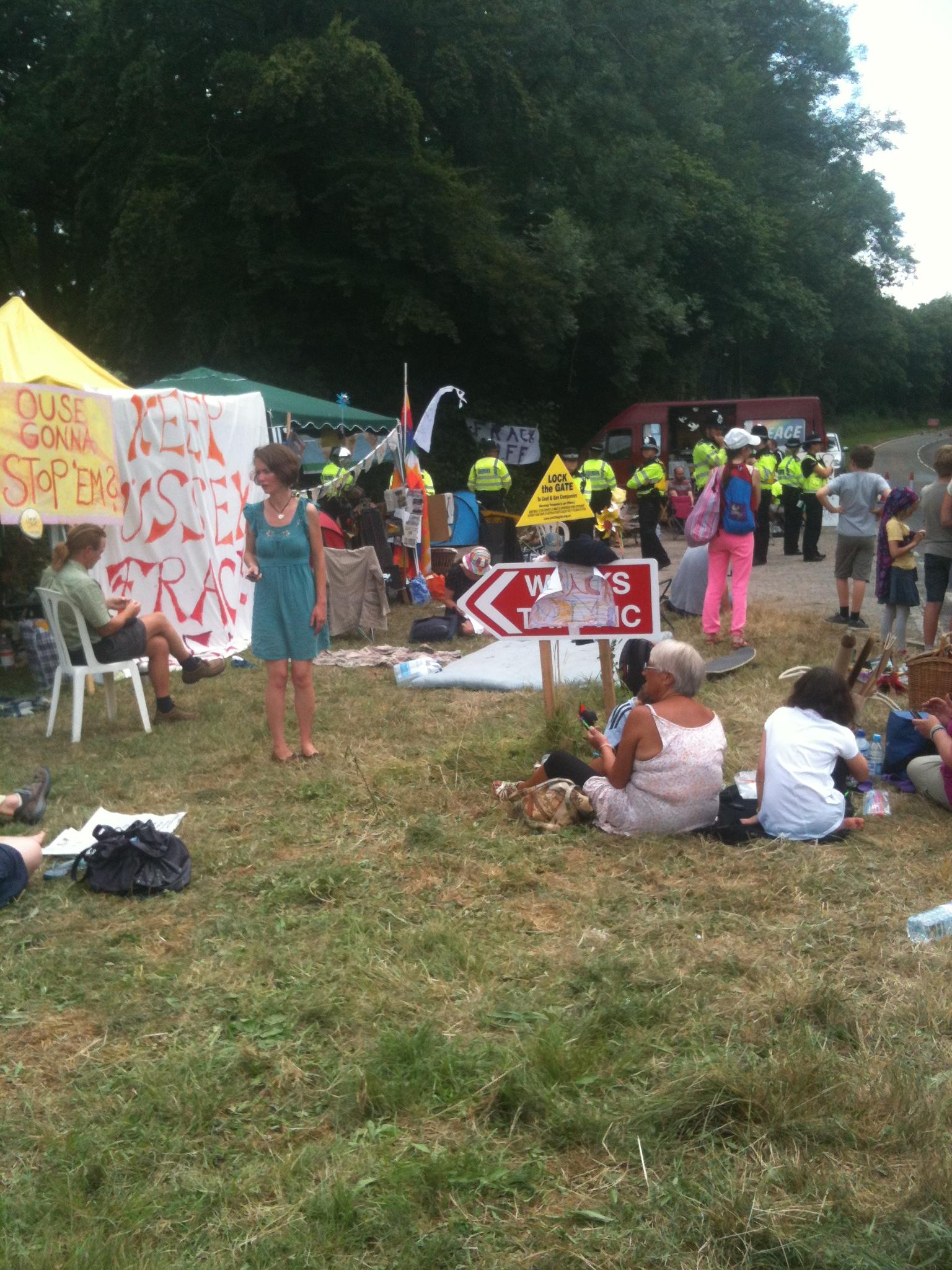