Voters in Brighton and Hove will not face a referendum over their council tax after the city council agreed a budget that stays within government limits.

On Wednesday night the Greens who are the largest party tried again to push forward their plans for a 4.75% rise which would have seen Brighton & Hove become the first authority in the country to hold a referendum. They couldn't get agreement from other parties which meant there was a risk of no budget being set at all.

Under government rules, Secretary of State Eric Pickles would step in to set a budget which could see no council tax rise at all. A statement from the Green party (reprinted below) says they could not risk that happening so have agreed a 1.99% rise in council tax which protects some services but does not trigger a referendum.

Green councillors have blasted the 'short-sightedness' of the other parties in blocking the referendum on a council tax rise to protect the future of local services, after a reconvened council meeting passed a budget on Wednesday. (5th March).

Under government rules, if a council fails to set a lawful budget, the Secretary of State Eric Pickles MP is able to step in and implement undemocratic spending decisions about local services - including further cuts and outsourcing.

Green councillors chose to break the deadlock and facilitate a budget being set for the coming financial year by allowing the 1.99% budget to pass.

"It became clear over the last week that Tory councillors were recklessly determined to block the budget-setting, which would have allowed Eric Pickles to come in and slash council services. We simply refused to let that happen. So we worked on what cross-party agreement could be found, held our noses, and did what was required to keep Pickles out. It was the responsible thing to do.

"Labour and the Tories have stuck their heads in the sand, ignoring the long-term threat from Westminster to local services. Labour's support for the Tory tax freeze in 2012 and now their blocking of the 4.75% referendum means we will be almost £7 million worse off for the 2014/15 financial year. While the budget that was passed tonight offers some short-term help to some services, it is cold comfort against the backdrop of government austerity plans running until at least 2020.

"Only the Greens proposed long term protection for services and jobs now and in the future, and we are deeply disappointed that these were blocked by the opposition. We will continue to do the best we possibly can to protect services, despite the extra cuts imposed by Labour and their refusal to let the people of Brighton & Hove decide.

"I call on all councillors, but especially Labour ones, to put aside their short-termist politicking to work with us to find a sustainable way through the cliff-edge we face next year. We cannot let electioneering get in the way of doing best for our city. I renew my call to put our city first and politics second." 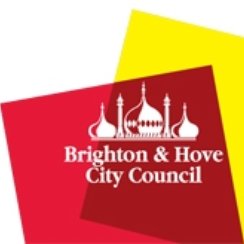