Littlehampton's RNLI Atlantic 85 Iifeboat Blue Peter 1 launched on service at 9:30am to the motor vessel Margaret Rose which was on fire 8 miles south east of Littlehampton harbour entrance.

The owner had taken to his liferaft and paddled away from the craft and watched with dismay. He was wearing a lifejacket and called for help using his mobile phone.

Littlehampton Lifeboat arrived on scene at 9:49am coinciding with the arrival of the coastguard rescue helicopter.  The lifeboat crew found that the sole occupant of the fishing boat had successfully launched and climbed aboard his liferaft. The survivor was unharmed, and was recovered from the liferaft by the lifeboat crew and returned to the lifeboat station.  Shoreham Lifeboat remained on scene and stood by the burning wreck, which has subsequently sunk. 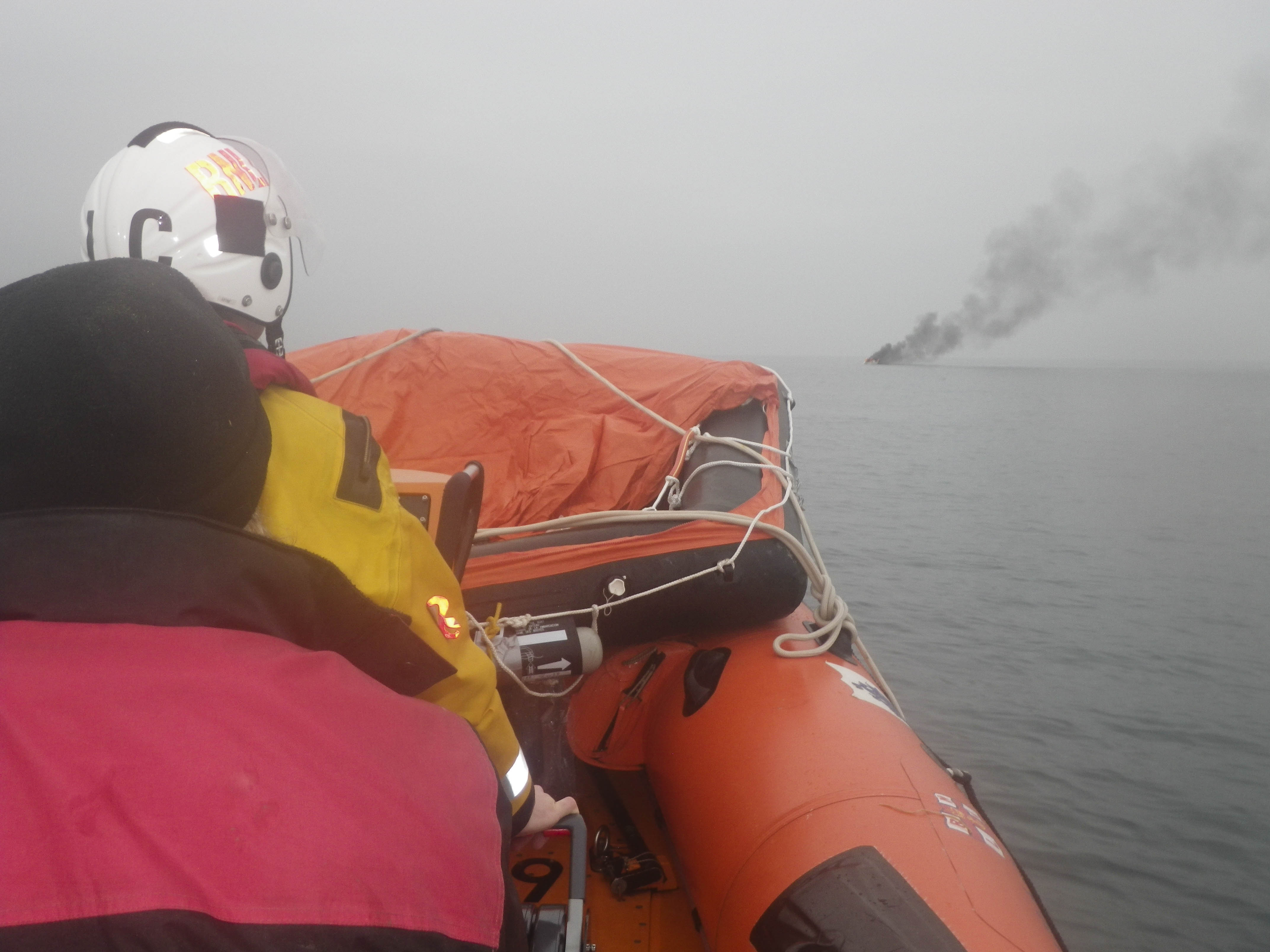