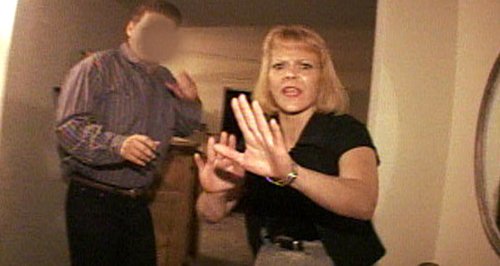 April sees the return of Cheaters to CBS Reality.

Hosted by Clark Gable III, Grandson of the Hollywood legend, each episode features wives, husbands and lovers confronting their respective partners who they suspect are cheating.

A team of private investigators help track down enough evidence including video footage to present to the complainant.  Then its dramatic confrontation time, when the suspicious partner is taken to a place to catch their cheating partner in the act of infidelity or not.

The final part of each episode presents parting thoughts from the complainant, the suspect and their companion as they depart the scene of the confrontation.

In this season we meet Jennifer who finds out her boyfriend's late nights in the garage have little to do with car repairs, Rene who learns that her pest control boyfriend wants to exterminate their relationship and John who discovers that his barista girlfriend puts the cream topping on another man's coffee.