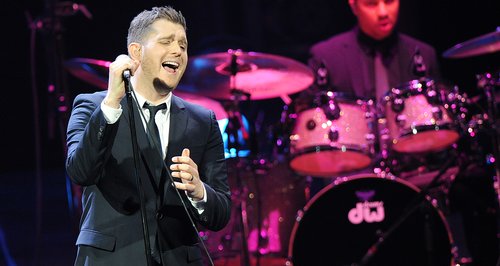 WIN! Get up close and personal with Michael Buble at a secret West London rehearsal for Heart listeners only!

Heart's Secret Stage with Michael Buble is your chance to be at a secret West London location where the Canadian megastar will rehearse for his forthcoming O2 show before an exclusive audience of Heart listeners.

Not only will you and a friend get to see the 'Hollywood' star perform huge hits ahead of his show at London's O2 Arena later in the year, but you'll also get to meet the man himself.

The event will take place in a secret West London location on Sunday 23 June 2013.

Three Ways To Win Your Way To Heart's Secret Stage With Michael Buble...

1. Listen to Heart Breakfast with Jamie Theakston and Emma Bunton

2. Listen to JK & Lucy getting you home

You can also win your way to Heart's Secret Stage with Michael Buble by answering a question below from 9am on Monday 10 June 2013 until 9am on Friday 21 June. Good luck!