The images have been doing the rounds on social media, with many royal watchers concerned The Queen had severely bruised her hand.

A photo of The Queen greeting the King and Queen of Jordan has sparked concern among fans, who noticed the 92-year-old monarch's purple hand.

The image was posted on the Royal Family’s Twitter account, saw The Queen joined by her daughter Princess Anne, who dazzled in an emerald dress suit.

The image was captioned: “The Queen, with The Princess Royal, hosted Their Majesties The King and Queen of the Hashemite Kingdom of Jordan, @KingAbdullahII and @QueenRania, and their son The Crown Prince at Buckingham Palace.”

Today The Queen, with The Princess Royal, hosted Their Majesties The King and Queen of the Hashemite Kingdom of Jordan, @KingAbdullahII and @QueenRania, and their son The Crown Prince at Buckingham Palace. pic.twitter.com/jMjdm5na8h

However, fans quickly zoomed in on the photo to reveal a clue up of the Queen's nasty bruise on her hand, which had turned a dark shade of purple.

One commenter, Tracy Edgar, said: “I love keeping up with Queen Elizabeth II but I’m concerned.“Why does she have such a terrible bruise on her left hand. Did I miss something? But as always, she looks stunning!”

Another commenter replied: “My worries exactly? She’s bruised badly for some reason.”

A suggestion by another fan even claimed she may have burned her hand, although the pictures don't appear to show any sign of burns.

Fears over the Queen’s health surfaced last summer when she pulled out of a morning service at St Paul's Cathedral on June 28 at the last minute.

Buckingham Palace said the Queen was too “under the weather” to attend the event, with it later emerging she had a cold. 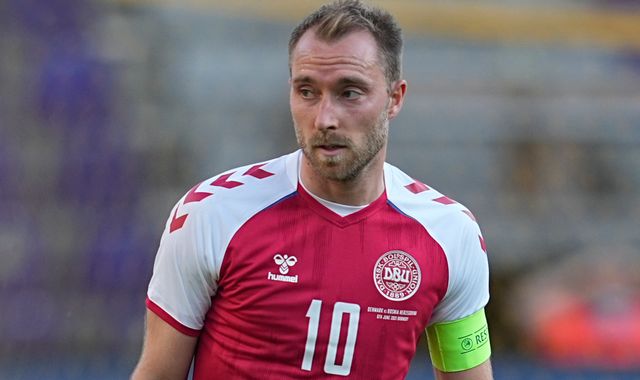