Where is Kate Middleton's anniversary dress from? Here's how you can get a similar one...

And the Duke and Duchess of Cambridge marked the very special occasion with a pair of official portraits.

In the stunning photos, the couple can be seen coordinating in blue outfits, with Kate wearing a floral dress.

The blue maxi has sheer sleeves and a wrap-around front and was originally sold by Ghost for £195.

While it was available to shop on ASOS, unsurprisingly it has now sold out but it’s worth checking to see if it comes back in stock.

And it turns out Kate has actually worn the piece before while attending a private engagement during her and Prince William's tour of Pakistan in 2019.

The colour is also significant as it matches her sapphire engagement ring and is a subtle nod to the blue gown she wore for her engagement portrait a decade ago.

The wrap dress, which was from Issa, was a darker navy, but has a similar wrap around style.

You can find similar options available on the high street starting from just £45.

Meanwhile, Kate and William have also shared a heartwarming family video to mark their special day.

The video sees the royal couple playing with Prince George, Princess Charlotte and Prince Louis as they enjoy a family day out.

In one clip, Prince Louis can be seen speaking while Kate and William loving look on.

The royal couple wrote: "Thank you to everyone for the kind messages on our wedding anniversary.

"We are enormously grateful for the 10 years of support we have received in our lives as a family. W & C."

The video appears to be filmed in Norfolk, where the family are based when they're not in Kensington Palace. 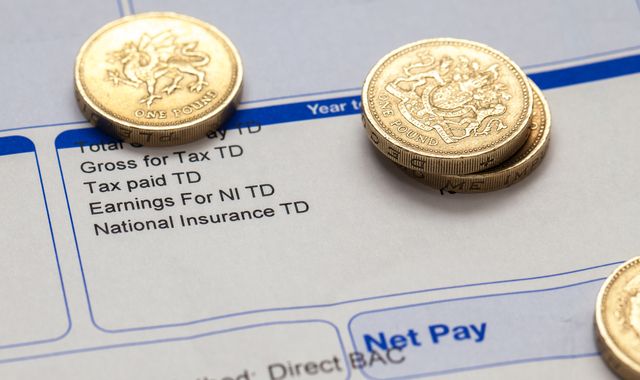