Brad Pitt made a joke about Prince Harry leaving the UK in his BAFTA acceptance speech.

Prince William and Kate Middleton looked as stunning as always at the BAFTAs on Sunday evening.

But they were left red faced when a joke was made at the Royal Family’s expense during Brad Pitt’s speech.

Despite being absent from the ceremony due to family obligations, the 56-year-old had his ‘Best Actor in a Supporting Role’ accepted by Once Upon a Time in Hollywood co-star Margot Robbie.

Starting with a gag about the United Kingdom's exit from the European Union on January 31, she said: “Brad couldn’t be here tonight so he asked me to read his response.

“He starts by saying, ‘Hey Britain. I heard you just became single. Welcome to the club. Wishing you the best with the divorce settlement now blah blah blah.”

Read More: Woman branded Meghan Markle's 'twin' as she shocks public with resemblance to the Duchess of Sussex

After giving his thanks to his fellow cast members, crew, and director Quentin Tarantino, she cheekily said: "He also said that he's gonna name this Harry because he's really excited about bringing it back to the States with him.”

After shocked gasps from the audience, Margot added: "His words not mine!"

The Duke and Duchess of Cambridge were then seen laughing awkwardly as the camera panned to them.

And viewers at home found the whole thing extremely awkward, with one writing on Twitter: "Brad Pitt/Margot Robbie making a Harry and Meghan joke in front of Will and Kate is a big yikes #BAFTAs"

Brad Pitt/Margot Robbie making a Harry and Meghan joke in front of Will and Kate is a big yikes 😂 #BAFTAs pic.twitter.com/AurilqJMu9

That Harry joke Brat Pitt had in his speech had me like *pan to William and kate* #BAFTAs pic.twitter.com/2RBRmi5fmd

Another asked: "Serious question... did Will and Kate NOT realize there would be royal/Harry jokes tonight? Kate's face... #BAFTAs"

While a third added: “William and Kate’s reaction to Brad Pitt’s joke about Harry was f***ing priceless.”

Harry and Meghan Markle announced they would be 'stepping down as senior royals' last month after welcoming baby Archie back in May.

Meanwhile, Brad Pitt wasn’t the only one to take aim at the royals in his speech, as actress Rebel Wilson also make a joke about disgraced royal Prince Andrew and Harry.

Pretending to forget the name of the venue, the Royal Albert Hall, she joked: ‘It is really great to be here at the Royal Andrew…no, Royal Harry… at this royal palace place.” 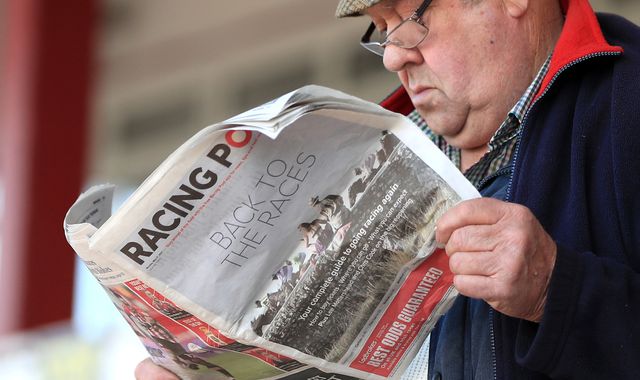