The Queen wore a special item from her jewellery collection as she said her final goodbye to her husband Prince Philip.

The Queen paid tribute to her late husband, the Duke of Edinburgh, during his funeral service today.

Her Majesty wore all black for the service, placing a diamond brooch on her left side.

The brooch chosen by the Queen for the funeral is a very special piece from her jewellery collection and was once owned by her grandmother Queen Mary.

The brooch is called the Richmond Brooch, and hold a number of diamonds as well as a pearl in the centre.

It also comes with a drop pearl at the bottom, which can be removed.

The Queen has been seen wearing the brooch for very special occasions in the past, and wore it often at the beginning of her reign where she attended engagements with her husband Prince Philip.

The Queen has previously used her jewellery to pay tribute to loved ones, and today was no different for the Monarch.

She arrived at St George's Chapel in Windsor Castle just before 3:00pm today in her state Bentley where she was accompanied by her lady in waiting.

During the service, the Queen sat alone due to social distancing rules.

Also in attendance at the service were Prince Charles, Prince Harry, Prince William, Kate Middleton, Camilla the Duchess of Cornwall and other members of the royal family. 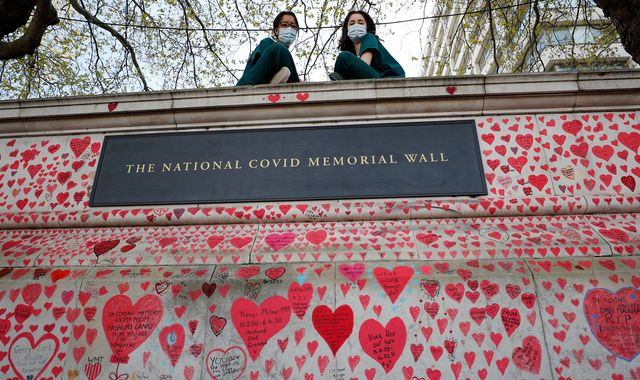