The Duke and Duchess of Sussex aren't famous for sticking to customs but will they play by the royal rules for baby Archie's baptism?

Prince Harry and Meghan Markle are reportedly preparing for baby Archie's christening this weekend, but commentators are already questioning whether or not the modern couple will stick to the royal rules.

Although not yet confirmed by Buckingham Palace, the baptism is set to take place on Saturday 6th July in an intimate ceremony at the Queen's private chapel in Windsor, according to The Sunday Times' royal correspondent Roya Nikkhah.

But as the Duke and Duchess of Sussex have defied tradition on more than one occasion in the past, there's speculation that a few of the historical customs could go ignored.

It's tradition for the royals to release official family photographs from the day of the christening, but Meghan and Harry have already broken one picture rule by choosing not to attend a post-birth photo call on the steps of the hospital following Archie's birth.

In fact, the couple have insisted on keeping their son away from the cameras since their official shoot at Windsor Castle a few days after they welcomed him to the world.

Sharing only tiny snippets of their son on Mother's Day and Father's Day via social media, it's clear the new parents prefer to keep their family life as private as possible.

Could this be a marker for the baptism snaps? Royal experts believe not, explaining that such as decision would be "unthinkable".

Another christening tradition that may not be observed is the presence of the Queen at the religious ceremony.

Reports suggest Elizabeth II has prior engagements in Scotland during the first week of July as she plans to attend a garden party at the Palace of Holyroodhouse in Edinburgh.

But this won't be the first time she's missed a royal baptism as Her Majesty declined the invitation to Prince Louis' ceremony in 2018 due to previous commitments.

The third royal rule that could be broken is if Archie's American heritage is celebrated instead of his British background.

Rumours the christening could be "Americanized" by Meghan, who was born and raised in Los Angeles, have already begun to surface.

The mother-of-one will reportedly give a "nod to her heritage" with the family gathering as it falls close to America's Independence Day on July 4th.

The Today Show host, Deborah Knight, told viewers: “Of course, the date would, not only, be a nod to Meghan’s heritage, but also allow some of her American friends to attend being a holiday in the US.”

The former Suits actress used a photo of baby Archie to mark Mother's Day in the United States – a potential sign the couple are open to moving away from British tradition. 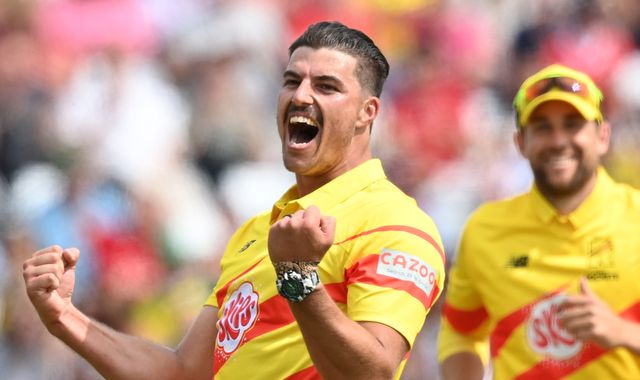