Kate and William’s 13-month-old son puts on an adorable performance at his first royal engagement – and we can’t stop smiling.

Prince Louis melted the nation’s hearts with his first official appearance today as he smiled and waved at the crowds from the royal balcony during Trooping the Colour.

The 13-month-old toddler took the opportunity to enjoy the grand parade as he clapped, cheered, giggled and frowned from inside Buckingham Palace, winning the affections of the entire country.

Cuddled up next to his mother as he gazed at the RAF fly-past, the youngest of Kate and Wills’ three royal children became a social media sensation thanks to his adorable actions.

Royal fans took to Twitter to share their delight as they witnessed cute Louis’ first official engagement in honour of the Queen’s birthday, which was aired on BBC One.

One viewer wrote: “Prince Louis is now our favourite royal!! Love him!!”

A third wrote: “Loving #princelouis stealing the scenes on the Buckingham Palace balcony. Epic waving for a little one!”

The little tot also had fans commenting on his similarities to brother Prince George, now five, who hit the headlines when he was pictured pulling faces at Trooping the Colour in 2015.

Princess Charlotte, now four, appeared at her first royal engagement at the same annual event in 2016, a year after her eldest brother.

It’s royal tradition for the Cambridge siblings to attend the military parade to mark their debut.

Prince William, 36, and Kate Middleton, 37, stood side by side laughing as their baby boy stole the spotlight during their balcony outing.

The event also marks the end of maternity leave for Meghan Markle who returned to her public duties today following the birth of her first child, Archie Harrison Mountbatten-Windsor, back in May.

The mum-of-one, who welcomed her first child with Prince Harry just four weeks ago, was last seen on May 8th – two days after giving birth.

She stepped out in a stylish navy two-piece by Givenchy, accessorised with a navy blue headpiece by royal hat-maker Noelle Stewart. 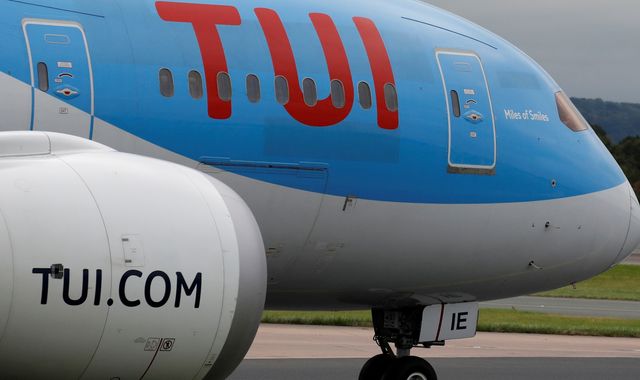