Prince Philip's funeral in pictures: 6 of the most moving images of the Queen and Royal family

April 17 2021 was the funeral of The Duke of Edinburgh, who had passed away a week before aged 99.

Kate Middleton wore 'the Japan pearls' necklace, lent to her by the Queen.

It was previously worn by Princess Diana.

She travelled to the Chapel in a Rolls Royce as part of a convoy of senior royals.

The Queen travelled from Windsor Castle to St. George's Chapel in her special royal Bentley.

She was accompanied by a lady in waiting but sat alone once inside the church.

A military send off

Prince Philip had a huge say in his funeral, saying he wanted "no fuss".

While it wasn't a full blown state funeral, there was a huge show of military respect as soldiers from all across the armed forces paid tribute with marching, music and bugling.

He also chose the music that was played in the service, with each song having a huge sentimental value to him.

Alone in her grief

She also made that all households sat two metres apart from one another - and that meant she had to sit by herself.

Princes William and Harry were seen speaking after the funeral.

After months of feuding and the bombshell claims made in the Duke and Duchess of Sussex's interview with Oprah Winfrey, Royal fans will be hoping that today's sad events could help draw a line in the sand. 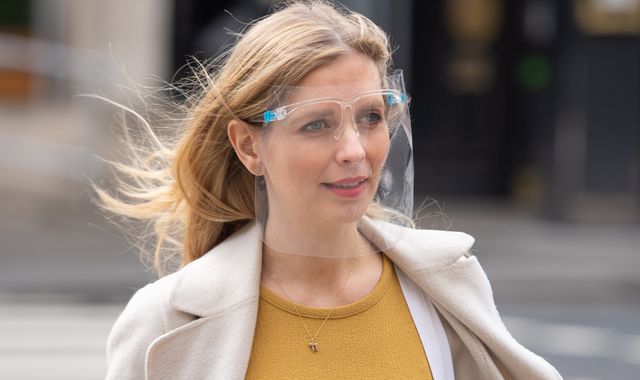