A woman has been charged with the murder of a grandmother who reportedly fell down a flight of stairs.

Norfolk Police said the ambulance service was called to an address in South Market Road in Great Yarmouth at around 11.40pm on August 5.

It followed reports that a woman had fallen down some stairs.

Rosalind Gray, 55, of Marlborough Square in Great Yarmouth, was charged on Tuesday with the murder of Ms Rainey.

She has also been charged with conspiring to pervert the course of justice.

Adrian Lawrence, 53, of South Market Road in Great Yarmouth, has been charged with conspiring to pervert the course of justice.

Both suspects are due to appear before Norwich Magistrates Court today (Wednesday).

Officers had received "significant information" about the incident from a member of the public on August 10 and following further inquiries said they were treating the death of Ms Rainey as suspicious.

A Home Office post-mortem examination on Monday found she died of a serious head injury.

Ms Rainey's family said in a tribute issued through police: "Linda (Lin) was the much loved mother of five children and grandmother to four grandchildren whom she adored.

"She was also a popular member of the community.

"Her death has come as a huge shock for us." 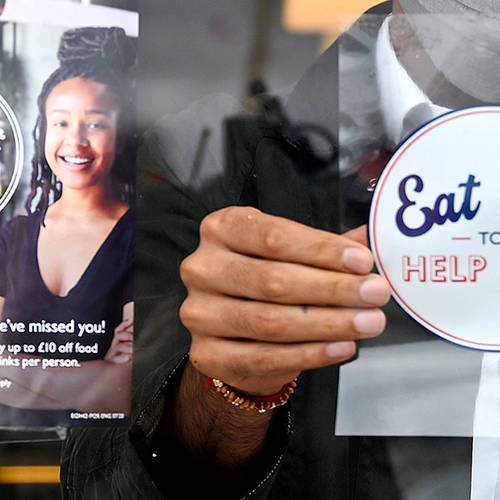 When does Eat Out To Help Out End? A-Level results 2020: Can you appeal your grades?