Kate Middleton and Prince William are set to meet the newborn royal baby this week.

Kate Middleton and Prince William issued a statement of congratulations to Meghan Markle and Prince Harry after they welcomed their son on Monday 6th May.

The Duke and Duchess of Sussex became parents for the first time earlier in the week, with Prince Harry revealing the baby news in Windsor.

Now, Kate and William have spoken about becoming aunty and uncle to the new royal baby during a visit to the launch of The King's Cup regatta at the Cutty Sark.

Speaking to the press, Prince William said he was “thrilled”, while Kate said she is looking forward to finding out the little boy’s name.

READ MORE: Thomas Markle reacts to the birth of the royal baby

The Duke of Cambridge said: “Obviously thrilled, absolutely thrilled, and obviously looking forward to seeing them in the next few days when things have quietened down.

“I’m very pleased and glad to welcome my own brother into the sleep deprivation society that is parenting."

When asked if he had any advice for his brother, William added: “Plenty of advice, plenty of advice, but no I wish him all the best and I hope the next few days they can settle down and enjoy having a newborn in their family and the joys that come with that."

Kate Middleton revealed they don’t even know the baby’s name yet.

READ MORE: Kate and William release statement on the birth of the royal baby

The Duchess said: “It's such a special time, obviously with Louis and Charlotte just having had their birthdays it's such a great time of year to have a baby, spring is in the air."

She added: “As William said, we're looking forward to meeting him and finding out what his name's going to be, so it's really exciting for both of them and we wish them all the best.

“These next few weeks are always a bit daunting the first time round so we wish them all the best."

During his official statement in Windsor the day of the baby’s birth, Harry revealed himself and Meghan were still deciding on a name for the royal baby.

He explained: “[We are] still thinking about names, the baby is a little overdue, so we’ve had a little time to think about it, but that’s the next bit.” 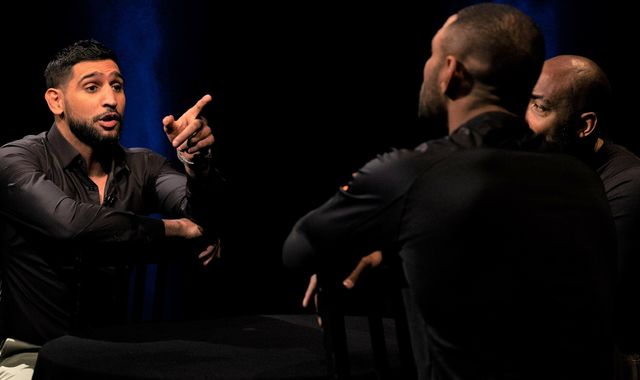