Princess Eugenie and Jack Brooksbank are set to embark in a royal carriage procession following their wedding at St George's Chapel on Friday 12th October. Here's what we know.

The Queen's grand-daughter, 28-year-old Princes Eugenie, is due to tie the knot with fiancé Jack Brooksbank on Friday.

It will be the second royal wedding to take part at St George's Chapel in Windsor Castle this year - with Eugenie's cousin Prince Harry marrying Meghan Markle earlier in the spring.

Princess Eugenie has already followed in Harry's footsteps and opened the invite to members of the public, but will she and Jack also take the same royal procession route? Here's what we know.

What is the procession route?

Princess Eugenie and Jack Brooksbank are expected to take a slightly shorter route to the Duke and Duchess of Sussex.

According to Buckingham Palace, the carriage procession will go through the grounds of Windsor Castle, before entering the town via Castle Hill.

It will then continue through Windsor high Street and finally return to the castle grounds via Cambridge Gate.

The newlyweds will be cutting out the Long Walk part of their carriage route, in order to avoid replicating the entire procession.

Will there be road closures?

Road closures will be in place from 00.01am until 3pm on Friday 12th October, including Castle Hill, High Street and River Street.

There is a live map of road closures for the event, and local authorities are advising to check regularly to ensure minimal disruption to your day. 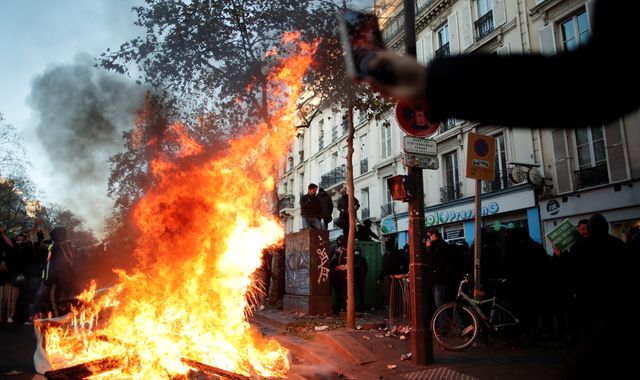