Ole Gunnar Solskjaer has challenged Paul Pogba to "put his stamp" on Wednesday's Champions League quarter-final against Barcelona after dismissing talk of the mercurial midfielder leaving Manchester United this summer.

Five years on from their last appearance in the last eight of European football's top competition, United play host to the five-time champions in an eagerly-anticipated first leg.

Pogba, as is often the case, has been the subject of much of the pre-match talk, with growing speculation surrounding the World Cup winner's happiness and Old Trafford future.

Barcelona were widely linked to the 26-year-old last summer, and president Josep Maria Bartomeu recently confirmed the club have had a longstanding interest in "one of the stars of the world of football".

Fellow LaLiga giants Real Madrid are being touted as a summer destination for Pogba but Solskjaer expects him to stay at Old Trafford for the foreseeable future.

"Paul is looking forward to tomorrow," the United boss said. "He's a Man United player. He's one of our big performers and on a big stage.

"He knows the game against PSG was not his greatest moment. So, he is only focused on playing well tomorrow against Barcelona and I cannot see him not playing for Man United next season either."

Pogba will be champing at the bit after missing the jaw-dropping last-16 comeback against Paris St Germain following his sending off late in the first leg.

Asked if this is the kind of game where the France midfielder can make his mark, Solskjaer said: "It's not about one player, everyone has to perform at their best level and at Paul's best he can run a game like this, and that's what you expect from him, that he really puts his stamp on a game like this.

"I expect Chris (Smalling) to defend really well but that's his job. Paul's job is to be the creator, and when we win the ball that he drives forward, so I expect him to perform tomorrow."

A big performance is required as the recently-confirmed permanent manager looks to bounce back from a run of three defeats in four matches.

The Norwegian says the comeback against PSG has given the side belief but there are few tougher asks than shackling Lionel Messi.

"Well, what kind of plan can you have to stop one of the best players in the world?" Solskjaer said.

"As Chris (Smalling) says, we're looking forward to it, relishing the opportunity but this season we've played against Juventus and (Cristiano) Ronaldo, PSG with (Kylian) Mbappe.

"We've had Chelsea and (Eden) Hazard. Neymar didn't play against us.

"I think the better an opponent... (Luis) Suarez as well, (Philippe) Coutinho and Messi will keep our defenders on their toes, so let's see how we manage tomorrow."

Solskjaer could have as many as six players unavailable to face Barca if Marcus Rashford and Nemanja Matic fail to return to fitness.

"We still hope maybe that Nemanja can be ready," Solskjaer said after the defensive midfielder missed Tuesday's session.

"Ander (Herrera is) probably out, but Eric (Bailly) and Antonio (Valencia) are definitely out, yeah. Marcus needed an extra warm up and hopefully, he won't get a reaction.

"He joined parts of it at the end but he couldn't join the boxes, which is the fun part of training, so let's see tomorrow. Hopefully, he'll be ready." 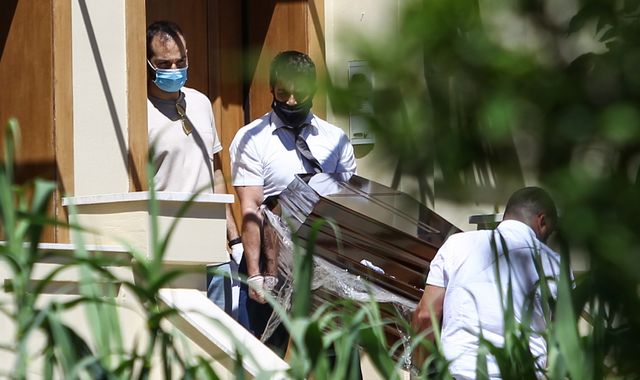