Call for reform of National 4s

The Scottish Conservatives have called for major reform of a key part of Curriculum for Excellence.

The National 4 qualification "should be completely reformed" so all pupils are required to sit examinations in basic literacy and numeracy, according to the party.

Currently, National 4 does not involve formal exams at the end of the course, relying instead on continuous assessment.

The party's education spokeswoman Liz Smith said the fall in pass rates for Highers is a sign Scottish education has "gone backwards".

"Four years ago, Nicola Sturgeon asked us to 'judge her on education'," she said.

"That statement now has a very hollow ring to it. No-one can pretend that all is well in Scotland's schools.

"The pass rates for Higher and Advanced Higher are the lowest since the Curriculum for Excellence was introduced and there has been a fall in Higher pass rates for four consecutive years.

"That is a trend and a very worrying one, especially when the Higher is supposed to be the 'gold standard' of Scottish education."

Ms Smith added: "Our pupils and schools are being let down by the SNP's botched implementation of the curriculum and its qualifications system.

"Above all, National 4 should be completely reformed with new exams in basic literacy and numeracy that ensure every pupil leaves school able to read, write and count to a high level.

"A renewed focus on core skills in literacy and numeracy at the Broad General Education phase and National 4 level would be far more complementary to vocational training and better prepare young people for the world of work."

A Scottish Government spokesman said: "Curriculum for Excellence helps our children and young people gain the knowledge, skills and attributes needed for life in the 21st century.

"Under CfE, all teachers and other practitioners are responsible for the development of learners' literacy and numeracy, as well as their health and wellbeing, across the whole curriculum from age three to 18.

"Following a review by the Curriculum and Assessment Board, which represents all parts of our education system, there remain strong educational reasons for having no exam at National 4.

"It is already being used successfully as a pathway for young people into modern apprenticeships, and college courses, including the SQA's wide range of vocational awards, national certificates and national progression awards." 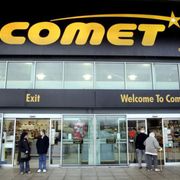 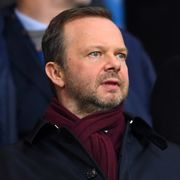 How many times have Ant and Dec won best presenter at the NTAs and what other awards have they bagged?