Nicola Sturgeon is expected to give a statement to the Scottish Parliament about plans for Scottish independence on Wednesday.

The First Minister is reported to have requested time to address parliament during Wednesday afternoon about Scotland's future and a potential independence referendum.

Ms Sturgeon said in January that she would set out her timetable for another vote in a "matter of weeks", but remained tight-lipped in light of ongoing Brexit uncertainty at Westminster.

Before the parliament's recess, Ms Sturgeon revealed that she would set out her plans for a second Scottish independence referendum after "this phase of the Brexit negotiations".

With the EU granting a six-month extension of Article 50, the First Minister is now expected to elaborate on the SNP's plans ahead of the party's conference at the weekend.

A Scottish Parliament spokesman said that, if the First Minister had requested the opportunity to address MSPs, any rescheduling to Wednesday's business would be confirmed by lunchtime on Tuesday.

On Tuesday morning Ms Sturgeon was meeting with cabinet colleagues.

A Scottish Government spokesman said: "The First Minister has made clear she will update the Scottish Parliament after the Easter recess."

Asked what Theresa May's response would be if Nicola Sturgeon used a speech on Wednesday to call for a Section 30 order to pave the way for a second independence referendum, the Prime Minister's official spokesman told a regular Westminster media briefing: "You know the Prime Minister's position on that and it has not changed.

"First and foremost, let's wait and see what the First Minister says." 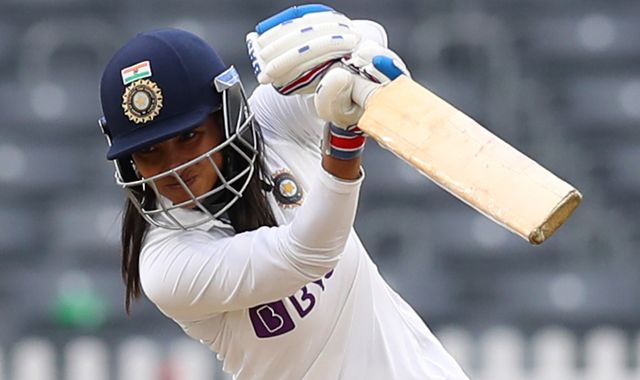 England Women vs India Women: Heather Knight's side thwarted by tourists as Test drawn in Bristol