An "arrogant" dangerous driver has been jailed for causing the death of a girl who died nine years after he smashed head-on into the car she was travelling in.

Cerys Edwards, then just turned one, was left paralysed, unable to breathe unaided and needing 24-hour specialist care after the car she was in was struck by the Range Rover Sport on November 11 2006.

She died in October 2015, a month before her 10th birthday, after complications caused by an infection.

Medical experts concluded her death was "a consequence of her spinal cord injury and traumatic brain injury sustained in collision", a court heard on Thursday.

The driver of the powerful Range Rover, Antonio Boparan, then 19 but now 32, appeared at Birmingham Crown Court, where he pleaded guilty to causing death by dangerous driving.

Jailing Boparan for 18 months, Judge Melbourne Inman QC said he had showed "an arrogant disregard for the safety of others" when he drove that day, and caused "catastrophic" injuries to little Cerys.

He said: "The quality of her short life was destroyed as in many ways was that of her parents.

"Finally, Cerys yielded to her injuries and disabilities and your criminal actions eventually took her life away from her."

Boparan was also banned from driving for three years and nine months.

As he was sentenced, Boparan blew out his cheeks, turned to his father in the public gallery, buttoned up his suit jacket and was taken down to the cells.

The girl's father, Gareth Edwards, in court sentencing, said that just a week before the crash the family had held a "big party" for Cerys's birthday.

"But nine days later I was performing CPR on my daughter, thanks to Antonio Boparan's selfish stupidity," he added.

Speaking immediately afterwards, Mr Edwards said the family had "finally got justice" for Cerys but that the time Boparan would actually serve in jail was "a complete insult".

He added: "We have been left with a life sentence without our beautiful little girl whose precious life was stolen from us."

Praising his daughter as "an absolute inspiration", he said of Boparan: "Finally we can say it as it is, Boparan is a child killer.

"He has broken our hearts."

In court, Simon Davis, prosecuting, described the case as "a short-lived piece of aggressive driving", with Boparan driving at "greatly excessive speed".

He said that before the accident on Streetly Lane - which runs around Sutton Park and has a 30mph limit - in Sutton Coldfield, West Midlands, Boparan had been travelling at speeds up to 80mph.

Boparan was seen by other drivers overtaking two cars, right before the crash.

One motorist, forced to brake sharply, then watched Boparan's speeding 4x4 "wobbling from side to side as if losing control", added the prosecution barrister.

Boparan's speed was such he was unable to stop safely when a car emerged in front of him from the junction with Crown Lane, the court heard.

Mr Davis said: "The defendant swerved to avoid its (the car's) rear, veering into offside lane and directly into the path of oncoming traffic."

Boparan ploughed head-on into a Jeep Cherokee driven by Cerys's mother Tracey, with husband Mr Edwards a passenger, and their little girl securely fastened in a rear car seat.

Mrs Edwards had managed to bring her 4x4 to a stop, but such was Boparan's speed at impact - calculated as being 71mph - it "shunted" the family's vehicle 50ft backwards, into another car behind.

Mr Davis said: "The stationary jeep was struck front and back causing the Edwards family to be thrown around inside their vehicles."

However, Cerys sustained what one doctor described as a "catastrophic severance of the high spinal cord" and was left brain damaged.

Just after the crash, in January 2007, while awaiting trial for what was then a charge of causing serious injury by dangerous driving, Boparan was clocked doing 95mph in a 50mph limit.

On his conviction for severely injuring Cerys later that year, he was jailed for 21 months but only served six months and three days behind bars.

Over her short lifetime, Cerys developed complications and had a catalogue of "complex needs", said Mr Davis.

That resulted in her admission in September 2014 to Birmingham Children's Hospital for a "deteriorating respiratory condition".

She never left that hospital again, and died just over a year later.

Her parents split up before the child died.

Before sentencing, Boparan's barrister James Sturman said: "This was a stupid and immature piece of bad driving at high speed over a relatively small distance by a young man, 19 at the time, then driving for six months, and he has caused devastation to Cerys Edwards and her family."

He added that married father-of-two Boparan had been "in a hurry to get home" at the time of the crash and had "made a mistake", and still battled "PTSD".

Boparan, who had a conviction for assault and violent disorder in 2015, had since tried to live "a law-abiding life", he said.

Mr Sturman added that both his client and millionaire businessman father Ranjit Singh Boparan had since raised £10 million over 10 years, through setting up the Boparan Charitable Trust for children with disabilities.

Boparan's father, the court heard, made a £200,000 payment to Cerys's parents to buy a house suitable for the child's needs, and attended a funeral service arranged by Mrs Edwards for the little girl.

"The boy of 19 is not the man of 32 you are sentencing today," added Mr Sturman, and said: "It would be inhumane to return him to custody."

Immediately following sentence, Mr Sturman made an 11th-hour application for bail, pending an appeal of sentence, but the judge rejected the legal bid. 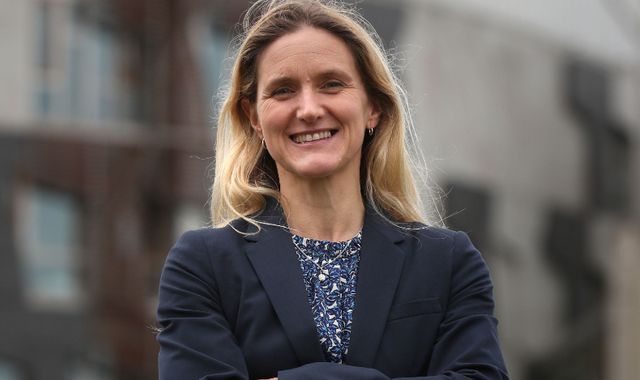 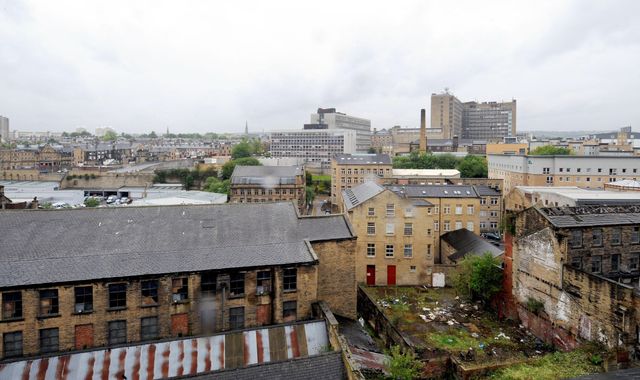