A man who stole lead from six churches - including in Cambridgeshire - causing criminal damage of more than £186,000 and leaving communities ‘significantly out of pocket’ – was snared thanks to phone data, ANPR and DNA from a cigarette end.

Cambridge Crown Court heard how the 42 year-old stole lead from isolated churches during the hours of darkness between June and October 2016.

Mr Cazan climbed up drainpipes to access the church roofs before throwing the lead down to the ground.

From here, the lead was moved into a van or other vehicle waiting nearby and transported away.

On some occasions, Cazan would return on subsequent nights to remove the remaining lead, the court heard.

Not only was lead stolen during the offences but considerable damage was also caused to the structure of the church roofs and stonework, leaving ‘communities significantly out of pocket’.

Cazan’s crime spree began at 9pm on 13 June 2016 when he targeted All Saints Church in Marsworth, Hertfordshire.

More than a fifth of the church’s lead had been stolen from the roof, with repair costs estimated at £40,000.

Cazan was linked to the crime after his phone was traced to within 2km of the offence location, and his car was caught nearby on an ANPR camera at 3.40am.

The following day, a payment for scrap metal of £1,351 was paid into Cazan’s bank account, the court heard.

On 17 and 18 June, after targeting a church in east Hampshire, Mr Cazan stole lead from All Saints Church in Milton Ernest, Bedfordshire – causing £15,000 of damage.

His phone location on the night was traced to the same area and his car was again seen nearby on ANPR. Cazan then received further scrap metal payments totalling £1,600.

Overnight on 20 and 21 June 2016, Cazan targeted churches in Cambridgeshire for the first time – stealing lead from the roof of St Laurence Church in Foxton (pictured). 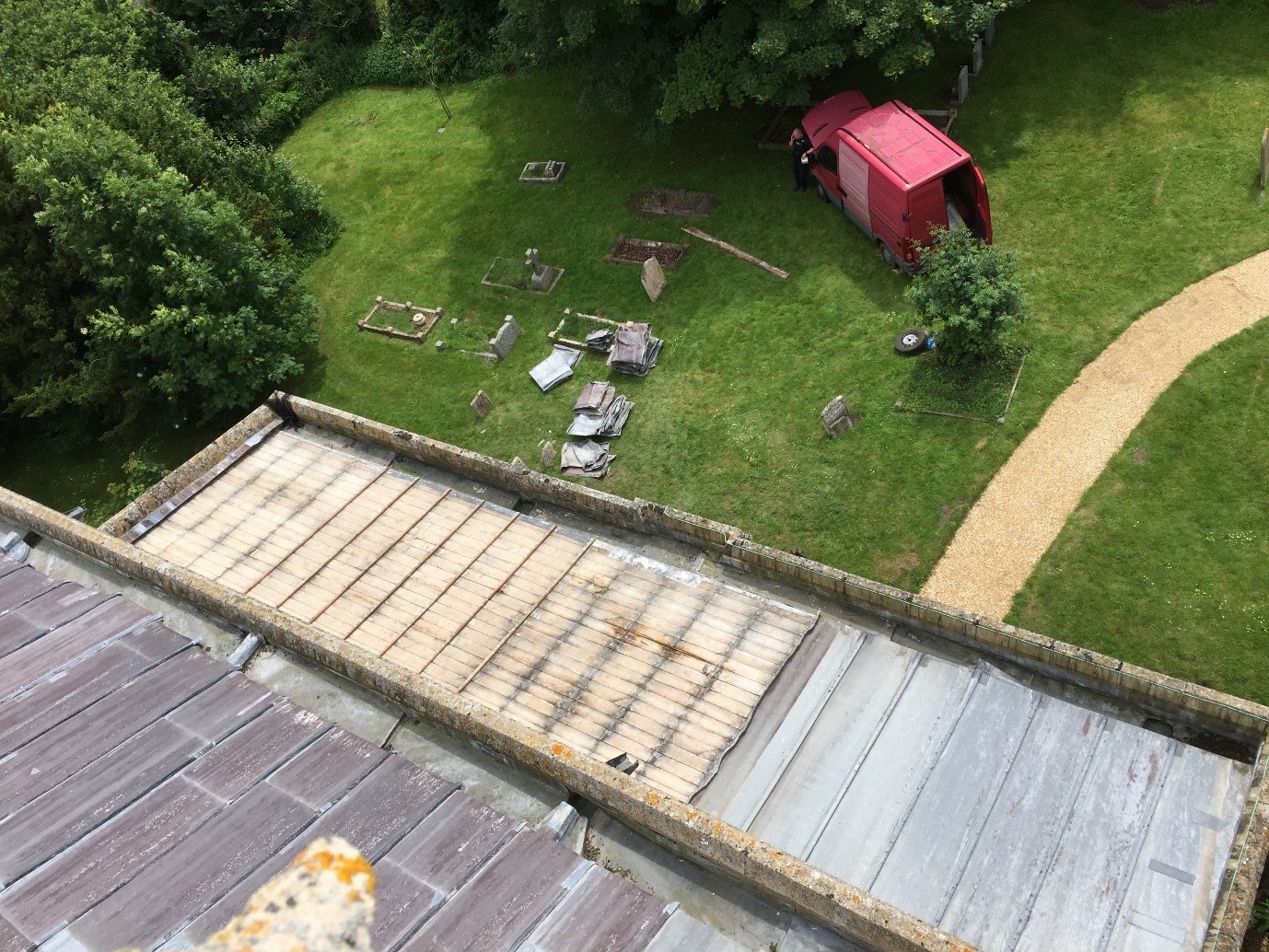 Not content with stealing from the church once, Cazan returned again on 14 October and stole even more lead. His vehicle was abandoned at the scene with lead on board after it became stuck.

ANPR caught Cazan’s vehicle on the A10 before committing the lead theft, the court heard.

Cazan was also linked to the crime after leaving behind a cigarette end on the roof of church, later traced to him through his DNA. His fingerprint was recovered from the door of the van.

On 6 and 7 July, lead was stolen from St Michaels Church in Aston Clinton, Buckinghamshire – with an estimated loss of £38,000.

Cazan gained entry by lifting the gates to the adjacent cricket club playing field and removing grave stones so his van could access the site.

He was linked to this offence after cell site data traced his phone to within 2km of the location at 4am. Cazan then sold the lead as scrap metal for £2,369.

Overnight on 11 and 12 July two churches, 14 miles apart, both suffered theft of lead from the roof.

He was arrested in November 2016 and denied the offences, claiming he had sold his van after being stopped by the police the previous December.

He was sentenced at the same court today (Friday 8th March), where he was handed a total of 7 years and 6 months in prison.

"This type of crime is not victimless and we treat it extremely seriously due to the devastation it can have on churches and the local communities.

We are committed to catching those responsible for heritage crimes, including lead thefts, and also disrupting the market that is driving the crime.

It is also important that members of the public keep their eyes open to any suspicious behaviour, particularly around isolated locations at night.

If they see anything untoward, no matter how small, it is vital they report this to us – either online at www.cambs.police.uk/report or via calling 101.