A primary school headteacher has issued a heartfelt letter to the parents of his students telling them that social distancing is "impossible" in school.

Prime Minister Boris Johnson announced earlier this week he hopes for primary school children to return to school on June 1, at the earliest.

However, these plans haven't been well received by many people, including some teachers who don't think it is safe for children to return to school yet.

One headteacher, Howard Fisher, at St George's Church of England Primary School in Kent, has even reached out to parents to tell them that socially distancing children is "impossible".

In a letter, which has reportedly now been shared on Facebook and liked 15,000 times, Howard Fisher told the parents of his students that he would rather they retake a year of school than died.

At the time, he said that he had heard "nothing that would put his mind at rest" from the Government.

The letter read: "We have no plans sent from the government before the announcement last night.

"No doubt they will arrive this week suggesting social distancing, less pupils in school, splitting them up, staggered lunches and drop offs, etc.

"I can be truthful here and categorically tell you there is no such thing as social distancing in a school; it does not exist and would never exist.

"The reason childhood illnesses spread in a school is surprise, surprise, we are all in contact with each other.

"I can put two children in opposite classrooms and they will still get chicken pox because that’s how it is in a school.

"This virus we are lead to believe is a super spreader."

He continued to explain that while he wanted to see staff and children back, and understands parents are at the end of their tether at home, he "will not sit here and write to you to say we can achieve social distancing at school".

He explained: "We can always make things safer, we could perhaps reduce slightly the risk, but as soon as you open the school as far as my many years can tell you, the risk will be there.

"So that leaves us all in a quandary doesn’t it? How long can we go on like this for?

"I heard that it is ok to put our youngest children back in a school and our oldest.

"I heard nothing that would put my mind at rest."

Howard went on to say that he knew there would be some parents thinking we "just need to get on with it", but he said: "There is not a reliable test, a vaccine, an idea about what to do next, there is just the possibility that things will be ok; that’s all we have at the moment and ‘ok’ is not good enough when it comes to the precious gift that is your child."

He went on: "Believe me, I would rather any child repeats a year than go back too soon and have to lose a child; why is this not in the national debate; because it will cost money!

"So parents, what can you do next? Well, all I can do is pass onto you information when we have it and you can make your own decision.

"Parent power is quite something when it is applied nationally; perhaps you too have some great ideas that can be brought before our politicians.

"I am only interested in my community and the families I serve and hope that you can reflect on my thoughts as the week unfolds."

People have been fast to support the headteacher's words, echoing his concerns for their children's safety.

One person commented: "Totally 100% agree with this headteacher well done saying it the way it is seen in many parents eyes. My daughter will not return either and we are in Scotland and our schools aren't even being spoken about a return as of yet."

Another wrote: "Totally agree with this. And although children don’t appear to be as badly affected by the virus as adults there is still a huge risk that they can carry it and transmit it to parents. I don’t want to take the chance my children could get it and selfishly if they have to repeat a year then so be it as id rather be around to watch them do it then not."

READ MORE: Boris Johnson confirms primary schools may reopen on June 1 as he delivers plan for phasing out lockdown 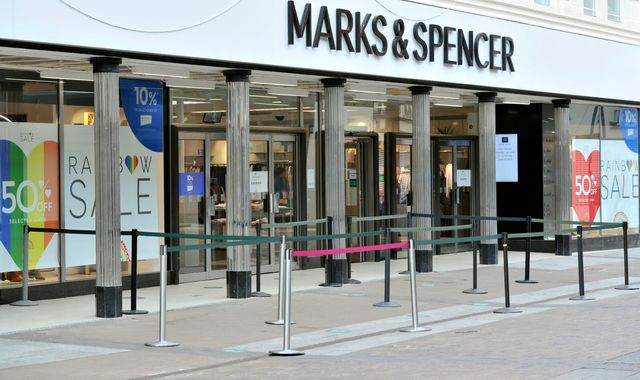