The Duke and Duchess of Cambridge's eldest child, Prince George, is third in line to the throne.

Kate Middleton, 40, is said to be using clothing as a way to prepare Prince George, 8, for becoming King one day.

This is according to Royal expert Duncan Larcombe, who claims Prince William's wife has the "journey planned" for her son to go from boy to man and then Monarch.

And while we know Kate and William are all for their children having a somewhat 'normal' upbringing, the expert claims George is already being taught about duty.

Speaking to OK! magazine, Duncan said: "George is only just beginning to understand his destiny, but Kate has got the journey planned."

He went on to reference the Euros final and semi-final which took place last year at Wembley Stadium, an event George attended with his mum and dad.

At the time, there was some backlash at the fact that the little boy had been dressed up in a suit for the match, with many asking why he wasn't simply allowed to wear a football shirt.

However, Duncan believes it was Kate that dressed George for the event, and that she wanted to use the opportunity to teach him about what is expected of him later in his life.

"She was showing George that being ’on duty’ requires a different approach," Duncan said, adding: "He has to learn to don the royal armour."

According to reports, it was William who was keen on his son wearing an England football shirt, but Kate wasn't "keen on the idea".

The expert went on to say: "George was encouraged to leap up and celebrate England scoring, to roar and wave and hug his mum and dad like any normal lad, and even to shed a tear when it all ended in heartbreak."

When it comes to explaining to George and his siblings who they are and what they will be expected to do when they grow up, Kate and William have been said to be approaching it like a 'storybook'.

Back in February 2020, a source told Closer: “William and Kate have already talked to George and Charlotte about their future roles, but in a child-like way so that they understand without feeling overwhelmed.

“George knows there’s something special about him and that one day he’ll be the future King of England.” 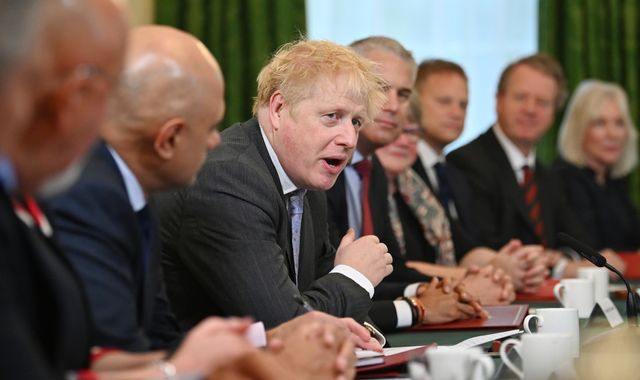