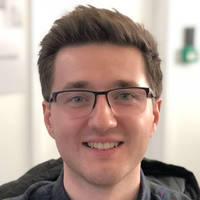 The founder of Harry’s HAT was left speechless when Heart Breakfast’s Jamie Theakston and Amanda Holden presented her charity with a cheque for a whopping £56,700.

Caroline Coates set up Harry’s HAT back in 2017 after her son Harry was born with a condition called Hydrocephalus.

Hydrocephalus causes excess fluid to build up inside the skull, putting pressure on the brain.

After struggling to find support, Caroline’s aim was to raise awareness, fund frontline workers and connect families who are also going through the same thing.

Harry's HAT is supported by Heart's charity Global's Make Some Noise, and after meeting Caroline for the first time last October, Jamie and Amanda welcomed her back into the studio.

Alongside Caroline, Louise and her son Lucas, 11, joined Jamie and Amanda on Heart Breakfast.

Lucas was also diagnosed with Hydrocephalus shortly after being born and had his first brain surgery when he was just three months old, before going on to have 25 surgeries in total.

Louise messaged Caroline after hearing her on Heart on Make Some Noise Day, and said hearing them speak about Hydrocephalus on air made her feel less alone.

Over the past year, we’ve been raising money for Heart’s charity, Global’s Make Some Noise.

And the two families got a big surprise when Jamie then revealed a whopping £28,350 would be going to their charity, thanks to our very generous listeners.

Not stopping there, GMSN then added to this and presented Harry's HAT with a cheque worth a huge £56,700.

This money will cover a part-time Project Coordinator (the charity's first paid member of staff), plus project running costs including marketing, IT and books for families.

You can watch the full video in the player above.

Heart Breakfast with Jamie Theakston and Amanda Holden, 6:30am - 10am weekdays on Heart