Favouritism among police forces has seen some officers being "over-promoted" for top jobs so the best person for the role is not always picked, a watchdog has said.

The system is "inconsistent", "ineffective" and "unfair", an inspection found.

The training that candidates receive equips them with neither the knowledge nor the skills for the work, HM Inspector of Constabulary Matt Parr said.

Among a series of recommendations made to the Home Office and the College of Policing in a bid to put a stop to the problem is reinstating a rule which means officers must serve in more than one force before applying for a Chief Constable position.

Mr Parr said: "I meet a lot of impressive police officers who knock the socks off me with potential and talent.

"I remain to be convinced that the best, most talented officers get the top jobs.

"I'm utterly unconvinced the system has prepared them for the job."

He said some senior officers will have been "over-promoted" and made some "questionable" operational decisions, as well as not faring well over politics or in the press.

Mr Parr said there is a "strong suspicion" among forces, particularly outside London, that it is a "dead man's shoes" scenario - that it is about "who you know rather than your talent".

He added: "It should all be about the talent and potential rather than time served and familiarity with the Chief Constable".

Better leadership from the top would lead to a better force response to crime, he said, adding: "The weaknesses in the system mean the playing field is unlevel and unfair."

The report said policing looks "uncomfortably parochial" at the top and "localism in the selection of chief officers has, in some instances, turned into a deeply unhealthy parochialism that is not in the public interest."

Some officers told the inspectors that applying for a Chief Constable post would be a "waste of time" if a deputy was too, because it would "almost certainly be a 'done deal'".

The report described "chaotic processes" and a "desperate form of speed dating" in the race to pick a successor after candidates had passed training programmes to become senior officers.

It mentioned incidents where selection processes "fell far short of good practice" and said there was a "clear perception" that the systems were "generally unfair".

In 2018, 27 of the 42 Chief Constables (62%) outside London were found to have been the deputy in their own forces - suggesting that internal applicants had an advantage, the report said.

Some 74% (222) of 300 people asked their thoughts by inspectors said the selection process was not "transparent and fair".

Many chiefs have only ever served with one force, according to the report.

There was "widespread concern" among officers about the effect this has on policing, with fears that the lack of experience of different forces "may breed a narrow perspective of what policing is or how it should be done".

Many officers do not want to move for financial, personal and pension reasons but this is a "risk" because forces need chief officers "with a breadth of skills, experience and vision", the report said.

Mr Parr added: "There is a definite link with quality of leadership at the top of the force and the outcome for the public."

The report also raised concerns about the lack of diversity among chief officers - particularly the lack of women and people from BAME (black, Asian and minority ethnic) backgrounds in senior posts.

"Significant progress" needs to be made in this area, Mr Parr said, adding: "There are quite startling statistics which, in my view, show that all is not right."

In 2018 in England and Wales, 2% of chief officers were from an ethnic minority background. At the time of the inspection there were no BAME chief constables heading up a UK police force.

Just four out of 43 forces were led by women.

The Strategic Command Course (SCC) - policing's most senior leadership development programme - is too "Anglo-centric" and "assumes" candidates would work in English forces, rather than considering other challenges which could face those working elsewhere like Scotland.

The inspection findings called on the Home Office to reinstate a rule which means officers cannot apply to be a chief constable until they have worked for at least two years in another force or organisation at a senior level.

It also said temporary promotions should be for no longer than a year and urged the College of Policing to review selection and training programmes.

The current training programmes do not prepare senior officers for political and media encounters or to deal with operational and administrational matters, Mr Parr said, branding the appointment of chief officers "often haphazard". 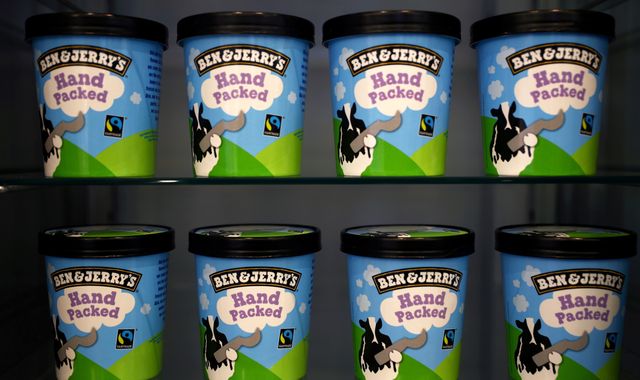