Thousands of women aren't turning up to cervical cancer screenings

NHS England in the South West say more than 67,000 women in Devon and Cornwall haven't been tested in the last 3 and a half years.

Every day nine women in the UK are diagnosed with cervical cancer and two women will lose their lives to the disease.

Cervical cancer is the most common cancer in women under 35 but is largely preventable thanks to cervical screening and the HPV vaccination programme.

The number of women dying from cervical cancer has halved over the past 28 years as a result of the NHS screening programme as well as improvement in treatment.

Mum Kelly Mackie from Barnstaple went along to her screening last year, and found out she had the early stages of cervical cancer.

She says she was lucky it was caught early, and now she's encouraging women to make sure they go along to their smear test.

"If that can happen to me after never missing one - I just worry about what stage other women could be in, if they've never been for a test".

"Value your life, and if you're uncomfortable you can take somebody with you. Just please please go to it".

Figures show that 46,034 women in Devon haven't had a test in the last 3 and a half years.

Data from Jo's Cervical Cancer Trust shows that women with learning disabilities are 45% less likely to go to their appointment.

A study in Exeter has found that only one in four of women with learning disabilities attend their cervical screening appointment when invited.

Celebrities and TV personalities have been supporting the #Smearforsmear campaign, urging women to go for their test.

If you've not had a screening in the past 3 years, please contact your GP to arrange one. 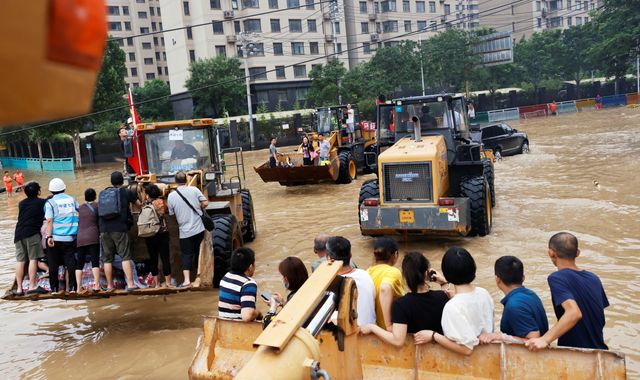 China: Flooding kills more than 300 - including 14 trapped in subway