Over 100,000 people have signed a petition to ‘stop replacing people with machines’ in Tesco.

A petition to reduce the number of self checkouts at Tesco has been signed more than 100,000 times.

Pat McCarthy, 69, from Brentford in West London, launched the appeal after saying she found self service tills ‘difficult, slow and impersonal’.

She says that three quarters of the tills at her local Tesco are now self-checkouts, which means she had to wait in long queues to be helped by a member of staff.

Signatures on the petition have now reached over 110,000, with Pat calling for Chief Executive of Tesco, Ken Murphy, to meet with her.

Writing on Change.org, she said: "My local Tesco has inaccessible self-service tills with no staff which makes the shopping experience physically difficult and overwhelming.

"At my local Tesco mega-store, and probably all over the country, Tesco is bringing in new self-service and sort-it-yourself card only till machines. They make up 3/4 of the tills now.

"These new tills are not accessible for people who don't have credit cards and can only use cash or those with little confidence to use these self-service card-only tills - myself included.

"People such as carers, older people, disabled people with mobility problems or lifting problems have to queue waiting for more than 30 minutes."

She went on: "I couldn't lift the windscreen wash the other day in Tesco because it was so heavy and some men were lovely to help and had to put it in my car for me.

"If they weren’t around and my daughter wasn’t with me, I would have been helpless."

Claiming that self service has also reduced work for women, she continued: "I love chatting with the staff, albeit briefly, especially as l live on my own. Talking with human staff is important to me.

"Now that experience has been taken away from me."

Pat finished her plea by adding that if more staff are not brought in, it will mean "an erosion of a great shopping experience into a Tesco's shopping nightmare".

Tesco has issued a response to the petition, stating that staff are always on hand to help.

A statement from bosses reads: "Our colleagues and the friendly service they provide are absolutely vital to our stores and will always be on hand to help our customers, whether they are checking out at one of our colleague-operated or self-service checkouts." 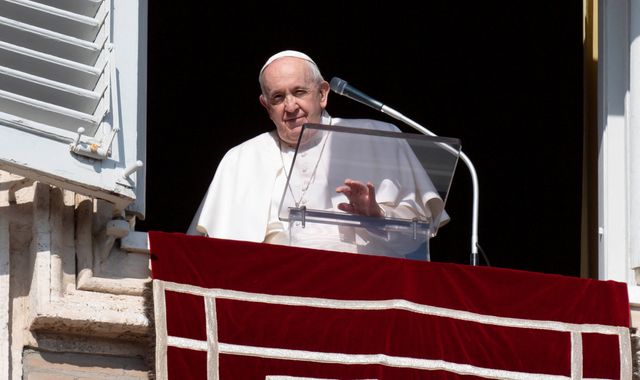