Nicola Sturgeon was accompanied by her chief of staff when Alex Salmond told her the Scottish Government was investigating sexual misconduct allegations against him, but she has insisted the meeting was not Government business.

The First Minister said the discussion on April 2, 2018 and two other subsequent meetings and phone calls with Mr Salmond were a party matter and not Scottish Government business.

But she also revealed her chief of staff Liz Lloyd was with her at the first meeting.

"Of course my chief of staff is a special adviser who also has the ability to assist me in party matters," Ms Sturgeon said. "At the other meetings no-one else was present."

The Holyrood clash came three days after the Scottish Government settled a legal challenge brought by former first minister Mr Salmond against its procedural handling of the investigation against him.

Mr Carlaw pressed Ms Sturgeon over what happened, saying: "Her position appears to be a meeting between the First Minister of the Government and the former first minister of the government, about a Government investigation involving two Government employees, was not Government business. Really, how?"

He added later: "A Scottish Government special adviser, who is an employee of the Government, was present at the meetings, which we were told were not Government meetings.

Complaints have been made against Mr Salmond by two women which date back to the time when he was first minister.

However, the Court of Session in Edinburgh this week ruled the complaints process was "unlawful" after it emerged the investigating officer had had previous contact with the complainers.

Mr Carlaw said the investigation had been "entirely botched" by Ms Sturgeon's Government.

While Scotland's most senior civil servant, Permanent Secretary Leslie Evans, has pledged an internal review, the Tory demanded that Parliament should investigate.

He insisted: "If the Government won't explain convincingly what has happened - and the First Minister today frankly hasn't - then I and others believe Parliament should be given the authority to do so."

He made the call after former Scottish health secretary Alex Neil called for the investigation into what happened to be carried out in public, telling The Times: "If it is just an internal review there will be a perception of the civil service simply investigating themselves."

Scottish Labour leader Richard Leonard backed calls for a parliamentary inquiry - but said it should also be considered whether Ms Sturgeon's actions had breached the ministerial code of conduct.

He claimed Ms Sturgeon made a "grave error of judgement" when she met Mr Salmond, adding this was a "clear potential breach of the ministerial code of conduct".

Mr Leonard said: "After the events of this week, people need to have trust and confidence in the system, and that's why the First Minister herself should back a full parliamentary inquiry.

"It's why she should refer herself today to the panel of independent advisers on the Scottish ministerial code."

The First Minister and SNP leader said she would consider any request made, including that she refers herself to the panel of advisers on the ministerial code.

While she said she is "perfectly happy" for Holyrood to hold an inquiry into the affair, she was also clear that "it's not for me as First Minister to tell Parliament what it should and shouldn't inquire into".

She added: "I, all along, have been absolutely clear I did not intervene in the Government process in which I had no role.

"And the fact that I had no role in the Government process is why it wouldn't have been appropriate for the meetings to be Government meetings."

But she added: "I have responsibilities as party leader, as other leaders do."

She said it was "right" the Permanent Secretary had launched an investigation when the complaints were made, and she insisted she did not know anything about the probe until Mr Salmond told her about it when they met last April.

While she stressed a separate police investigation is a matter for officers, Ms Sturgeon stated: "It was for the Scottish Government to investigate whether the behaviour was inappropriate.

"The Scottish Government didn't get that right, and that is what in all of this I deeply regret."

The First Minister insisted throughout she had "tried to do the right thing in a situation which, no matter what happened, was never going to be easy for me".

She said: "I acted appropriately. I absolutely accept there are others who think I made wrong judgements along the way, and that is absolutely their entitlement.

"But I made the judgements that I made, I will stand by and defend those judgements, and I will be absolutely adamant that I did not intervene in this process and it would have been entirely inappropriate for me to have done so." 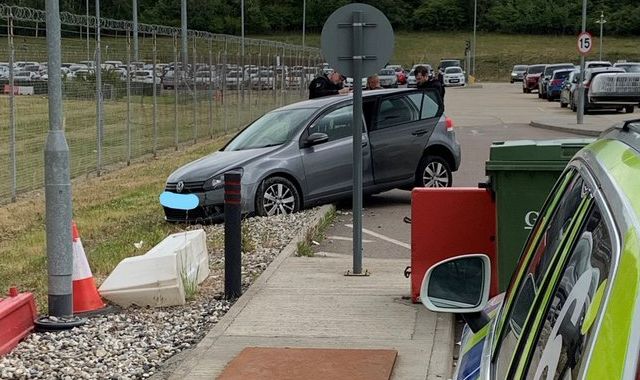