A report into tenements in Scotland has warned they are at a "condition cliff-edge".

"Sixty eight per cent of those have disrepair to critical elements and 36% have critical and urgent repair needs.

"Many of these are tenements and they are at a condition cliff-edge.

"A report to Glasgow councillors last year highlighted that repair bills to some blocks reached well into six figures - sums that are simply unaffordable to most people."

The five-yearly inspections recommended by the group would be carried out by architect or chartered surveyor who would draw up a report made available to existing or prospective owners and tenants, neighbours and policy makers.

Inspectors would report the condition of the building, the expenditure needed to hit standards if required and any ongoing maintenance needed.

The working group report said this would be "more cost-effective", would supplement home reports for buyers and "provide a warning to prospective tenants who might otherwise find themselves in substandard buildings".

A further recommendation is the compulsory introduction of "sinking funds", described as a "pension for the building", involving regular affordable payments into a pot for future major expenditure.

The working group, comprising cross-party MSPs and housing and building experts, will publish a solutions report in summer.

Housing Minister Kevin Stewart said: "The maintenance of common property is an important issue and owners in tenements, both homeowners and landlords, need to fully accept their responsibilities for maintaining their property.

"I commend the tenement maintenance working group for bringing together MSPs from all parties and a wide range of stakeholders to produce their interim recommendations report."

He urged people to respond to the recommendations and said the government will "give serious consideration to the proposals in the final report".

Hew Edgar, of the Royal Institution of Chartered Surveyors (RICS), said it is "imperative" to tackle the condition of Scotland's tenements.

"Five-yearly inspections will go some way to full filling this, supplementing the information provided in home reports.

"Undertaken, by qualified building professionals, the inspections would also include information on communal areas such as roofs and concealed parts.

"RICS welcomes all recommendations within the interim report and we will continue to work with the group to ensure and implement robust solutions to help future-proof Scotland's built environment." 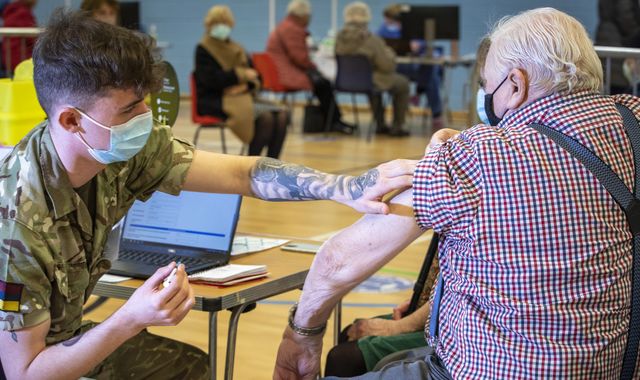 COVID-19: More than 40% of over-80s have broken lockdown rules since getting vaccinated, ONS says