An air rescue was launched to help a man who broke his foot after falling on Arthur's Seat.

Emergency services were contacted at around 7.20pm on Friday after the incident on the 251m (823ft) hill in Edinburgh.

Scottish Fire and Rescue Service appliances were sent to the scene along with a helicopter, which was unable to land due to the weather conditions.

Fire crews managed to get the 42-year-old off the hill by stretcher at around 10pm and he was taken to hospital.

During the rescue, a spokesman said: "At the moment we have several appliances there with firefighters in attendance to help rescue a man with a broken foot.

"We also have a helicopter assisting the rescue operation."

Police Scotland confirmed they were also working to help get the man to safety.

A spokesman said: "At around 7.20pm, police in Edinburgh were alerted that a 42-year-old man had fallen on Arthur's Seat.

"We are currently working with ambulance and fire service to safely get the injured man from the hill."

He added the man's injuries were serious but not life-threatening. 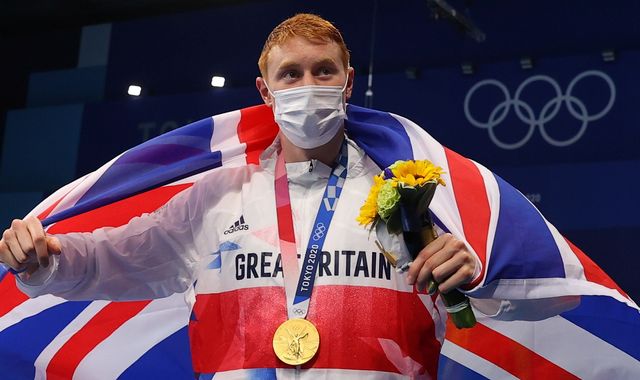 Tokyo Olympics: How Tom Dean battled back from COVID to win gold at the Games