A man who was not told he had hepatitis C which was likely linked to infected blood products until nine years after being diagnosed has told an inquiry there was a "coalition of secrecy" around the scandal.

Thomas Griffiths, known as Dai, said more "honesty" could have led to better treatments and saved many lives.

Thousands of patients were infected with HIV and hepatitis C via contaminated blood products in the 1970s and 1980s, and around 2,400 people died.

The scandal has been labelled the worst treatment disaster in the history of the NHS.

Giving evidence at the Infected Blood Inquiry at its first day of hearings in Edinburgh, he said he raised concerns with doctors treating him for haemophilia at hospital in Dumfries in the mid-1980s as reports emerged of hepatitis infections from products such as the one he was being treated with, Factor VIII.

He said: "It was causing me concern having to come in for a product which was thought to be not entirely safe.

"I was told by Dr Toolis and a number of his staff on various occasions that there is absolutely no need to worry, we never, ever use imported blood products in Scottish hospitals."

He said this "distressed" him as he knew from the labels his treatments had come from Australia and the US.

In 1999, he received a letter from his doctor telling him he had hepatitis C which "may have occurred some years ago in association with Factor VIII or other blood products".

He told the inquiry he phoned his doctor who said it was "nothing to worry about" and would cause nothing more than "mild flu symptoms", adding that the doctor said: "The important thing about hepatitis C is that it's not life threatening, only life shortening."

After a two-year fight to access his medical records, he found he had been diagnosed with the virus in 1990, but told neither that he had been tested for it or of the result for nine years, and it affected his liver.

The inquiry heard the records show only one treatment with Factor VIII when he was routinely treated with it, and was told those records were not kept.

He said the use of infected blood products is an "aberration" in the "otherwise wonderful history of the health service".

He added: "When the horrors began to unfold there was widespread fear of how bad this might prove to be.

"This led to a coalition of secrecy I think, involving government departments, health service officials and indeed medical professionals.

"It should not take nine years to find out that you have tested positive for hepatitis C and the condition progressed of course during all that time.

"Had there been more openness and honesty, better treatments could possibly have developed more quickly and perhaps many lives could have been saved and many more lives less blighted."

Mr Griffiths, now 75, waited a further 20 months for treatment, which was stopped due to severe side effects, and had a liver transplant in 2004 after a cancerous tumour was discovered.

Further treatment cured his hepatitis C and the transplant also meant he was free of haemophilia.

The inquiry also heard from a mother whose son died after being infected by HIV while being treated for haemophilia who believes doctors tried to "obscure" his cause of death.

Alison Bennett, who now lives in Edinburgh, said her son Alistair's death was recorded as blood poisoning and bronchopneumonia with a secondary cause of haemophilia.

She said: "To my mind that is trying to obscure the fact that the main cause of death was HIV/Aids."

She believes the doctors who signed off the death certificate were "being pressured" not to reveal the cause.

She said: "I can't prove that but that's my gut feeling, that there was a genuine attempt to obscure what happened."

Ms Bennett believed her son's blood tests in the early 1980s were "routine" and linked to his haemophilia until she received a hospital letter in 1985 saying he had tested positive for being exposed to the Aids virus.

The letter said of the 16 patients tested by then nearly 60% had tested positive and nearly all of them have been treated with American factor VIII.

She and her son were both diagnosed with hepatitis C, which she believed came from the same source, "the infected blood product".

Ms Bennett, a former anaesthetist, said she knew of the dangers that pooled plasma as used in Factor VIII from the late 1960s and early 1970s significantly increased the risk of virus infections.

She said: "I knew this from my medical training. I cannot understand how the NHS sanctioned the purchase of American Factor VIII and denied there was increased risk."

A third witness, who gave evidence anonymously, said he had attempted to take his own life after losing his partner and job having been diagnosed with hepatitis C, years after being given a blood transfusion following a lorry crash as a teenager. 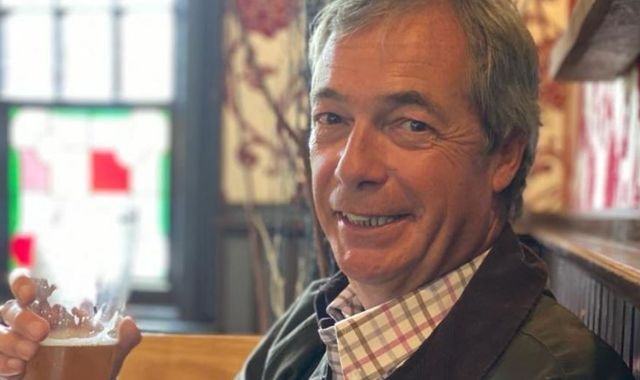