Man in Court After Stabbing On South Western Train

A man accused of killing a father who was stabbed nine times in front of his teenage son said he was "innocent until proven guilty" as he appeared in court.

Darren Shane Pencille, 35, is charged with the murder of Lee Pomeroy, 51, and possessing an offensive weapon.

He is accused of launching the attack after the alleged victim followed him into a neighbouring carriage on a train following an argument.

A court heard Mr Pomeroy, who lived in Guildford and owned an IT firm, suffered nine stab wounds when he was knifed to death near to his 14-year-old son.

Pencille is said to have left the London-bound train at Clandon and fled over a fence to make his getaway, discarding his blood-stained hat and jacket. The knife has not been found.

His partner, mother-of-one Chelsea Mitchell, 27, is charged with assisting an offender after allegedly picking Pencille up from the station in her car.

She is accused of helping Pencille to leave the scene, discard his clothing and change his appearance, including by buying razor blades.

A manhunt led detectives to a flat in Farnham on Saturday morning and they made two arrests.

Pencille appeared in the dock at Staines Magistrates' Court on Monday morning wearing glasses and a prison-issue grey tracksuit.

He stood in the dock to confirm his name, date of birth and that he was British, telling the court he had no address during a hearing lasting just over two minutes.

Hunched double so he could not be seen, Pencille then addressed magistrates from his seat, telling them: "Innocent until proven guilty."

Turning to the public gallery, which was packed with journalists, he said: "The people are making me paranoid... They look like they are filming, recording me for no reason."

Pencille did not enter pleas and chairman of the bench Helen Mattey remanded him in custody.

His partner, Mitchell, appeared in the same court separately, also dressed in a grey tracksuit, charged with assisting an offender.

She spoke only to confirm her name, date of birth, that she lives in Willbury Road, in Farnham, and that she is British.

Mitchell indicated a not guilty plea and was remanded in custody.

Mitchell blew a kiss to people in the public gallery as she left the dock following a brief hearing.

Pencille, this time appearing without glasses, nodded to confirm his identity, then stood quietly as he was addressed by the judge.

Judge Robert Fraser remanded the pair in custody to appear by prison video-link at the same court on February 7.

Mr Pomeroy, who would have celebrated his 52nd birthday on Saturday, and his son boarded the 12.58pm train service between Guildford and London Waterloo at London Road station on Friday afternoon.

He was described by his family as "an honourable man and would always help somebody who was in trouble".

In a statement, the family said he was a cultured man, who loved his 50-year-old wife Svetlana Pomeroy.

"He was a devoted family man and did everything for his family," they said. 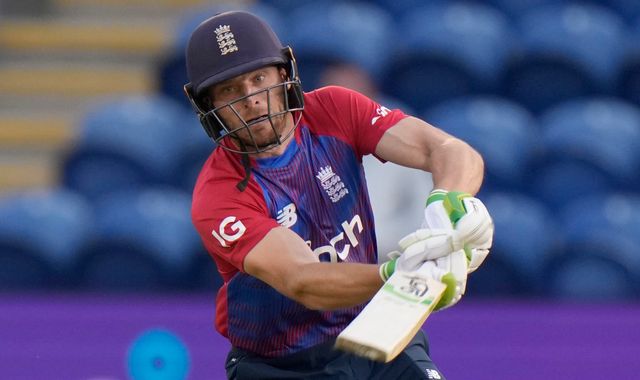