Thousands of students - including those in Cambridge - have walked out of lessons and lectures across the UK as part of a global school strike for action on climate change.

Young people from the South Pacific to Europe and the US have taken to the streets, calling on political leaders to take swift action to curb rising global temperatures.

Students walked out of lessons to protest in Ireland, including big crowds in central Dublin, and thousands joined marches in Sydney, Paris, Warsaw, Berlin and Brussels, before strikes got under way in the US.

In the UK, Geoff Barton, general secretary of the Association of School and College Leaders (ASCL), said it was up to school and college leaders to safeguard young people and missing school to protest over climate change should not be condoned.

Mr Barton labelled the protests taking place in the UK as "fruitless" and said children should be learning in school about why climate change matters and how political processes work.

Speaking at ASCL's annual conference in Birmingham, he said it would be reasonable to expect students to make up any missed work during lunchtime detentions.

Education Secretary Damian Hinds said that while it was great that pupils were taking an interest in an issue that was so important in the UK, and around the world, they "should be at school". 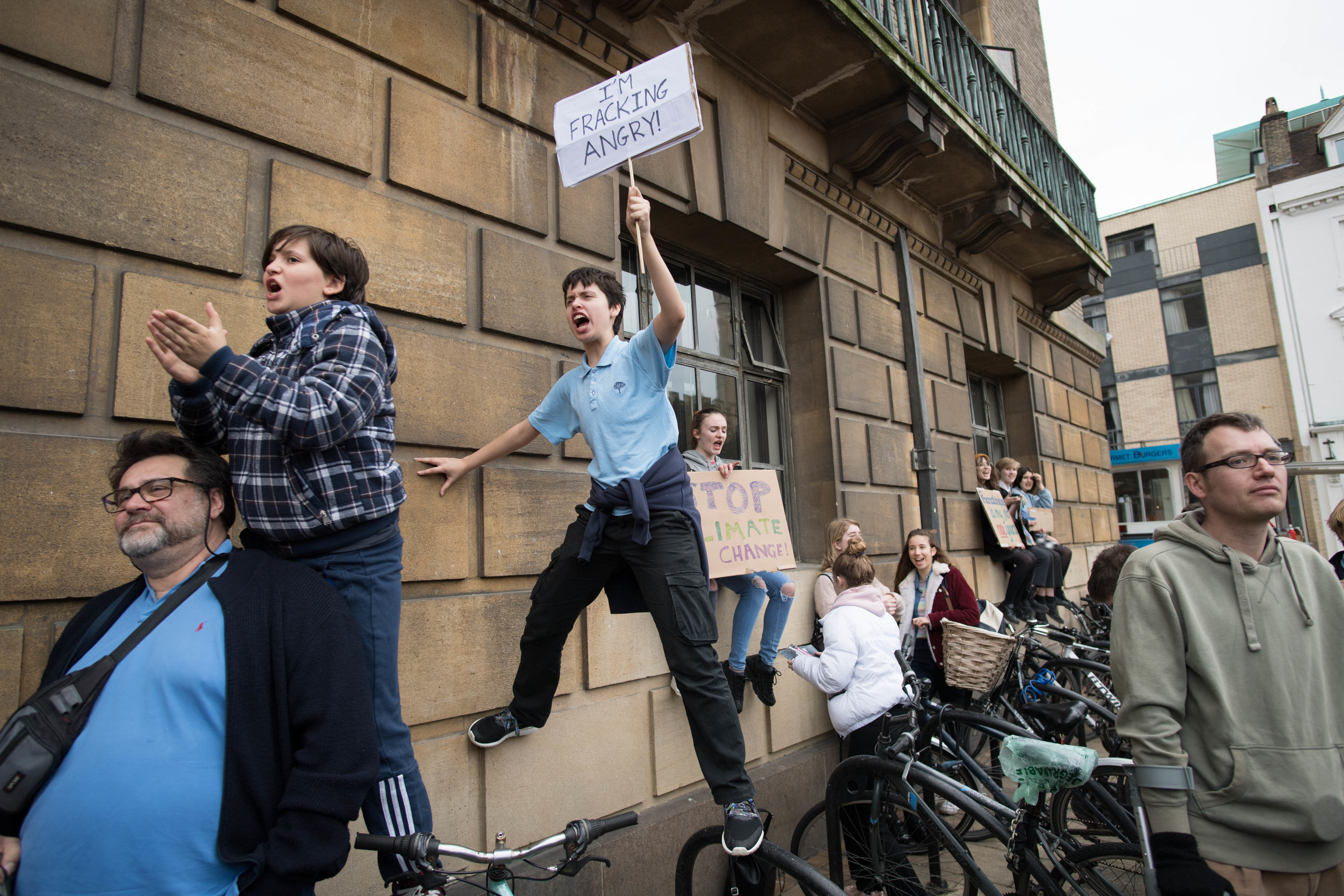 But politicians including Labour leader Jeremy Corbyn and Environment Secretary Michael Gove have spoken of their support for the young climate strikers - who are also backed by scientists, academics and campaigners.

Young people gathered in Parliament Square, London, with placards that read "by the time we're in charge it will be too late", "we want you to panic" and "the greatest threat to the planet is the belief someone else will save it".

They chanted "this is what democracy looks like" while primary school children, who were at the protest with their parents and holding handmade placards, shouted "climate change, boo!"