Man and woman held after drugs tip-off in the Fens

Two people have been arrested earlier this morning in Fenland thanks to information provided by members of the public.

Yesterday evening (Thursday 28th March), officers received reports that a car seen in the Whittlesey area was possibly being used for drug offences.

Soon after, at about 1.20am this morning, with assistance from the BCH Firearms Unit and the BCH Roads Policing Unit, the vehicle was stopped in Peterborough Road (A605).

A 44 year-old woman from Peterborough was arrested on suspicion of driving a motor vehicle whilst unfit through drugs, driving without insurance and possession of class A drugs.

An 18 year-old man from Norwich was arrested on suspicion of possessing an offensive weapon (knuckle duster; pictured) 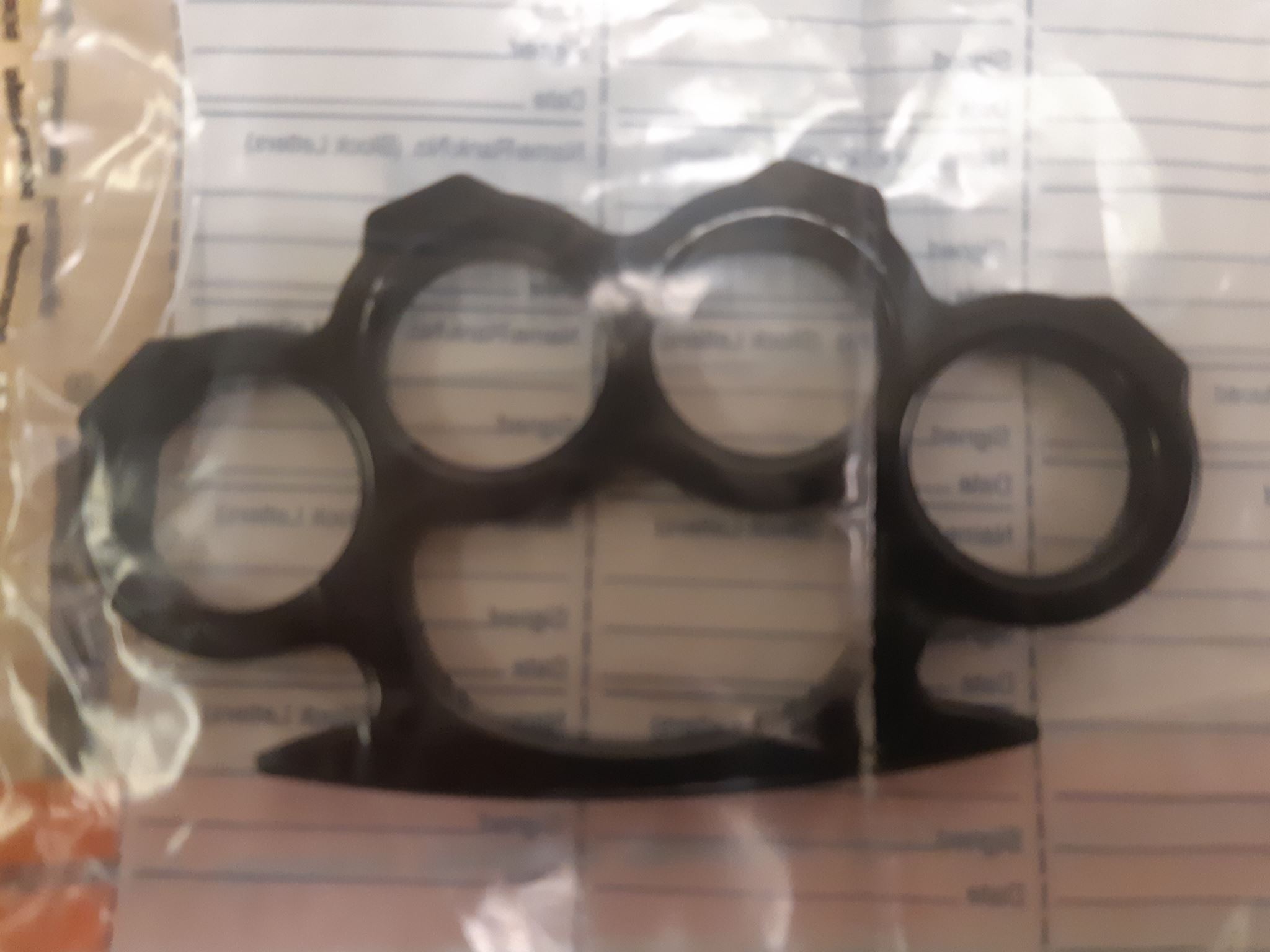 Both remain in custody at Thorpe Wood Police Station in Peterborough.

The vehicle was seized.

“We’d like to thank members of the public who called in with information relating to the car.

These two arrests are a brilliant example of how members of the public reporting information to us makes a difference, and also shows the work our officers do off the back of that information.

Sometimes a lot of work goes on behind the scenes that is not immediately obvious to members of the public – but all information supplied to us helps us build a picture of what is happening in a specific area.

I would strongly urge anyone who suspects drug activity in their area, or knows anyone who carries a weapon, to please report it to us.”