A mystical home in Great Dunmow

Most of us get frustrated when our house renovation works take more than a year – but one man in Essex has spent 25 years transforming his home into 13 different mystical worlds.

Author John Tarrow bought the three-bed semi-detached property on an ordinary street in Great Dunmow in 1990 and has spent the last quarter of a century deconstructing each room back to the brickwork to rebuild them from scratch, each in a different and unique style, set in a different time and area, based on his perfect places to live.

He calls his creation of ‘Talliston’ a “reimagination” of the property and walking from room to room, you find yourself leaving the present and entering other worlds such as a Moorish bedchamber, into a 1920s study, then into a Victorian tower. All the work was done at weekends with volunteers and the quickest room to create still took two and a half years.

The rooms also have their own sounds and smells, and you won’t find a clock in sight, or a television, something John says helps to create a place that is timeless and where people make time for each other. 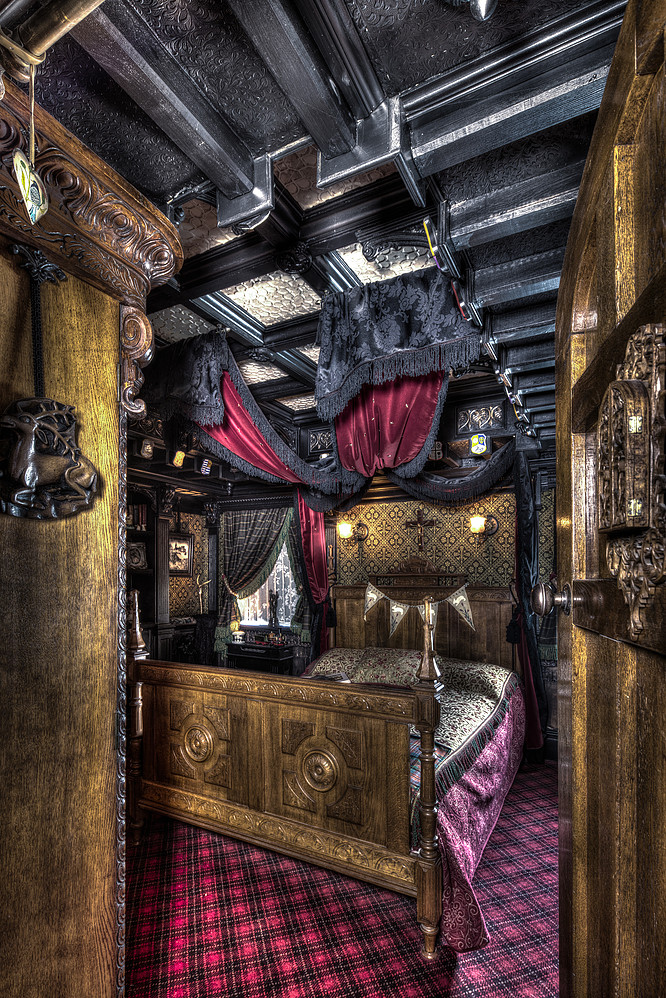 We asked John why he started the project, and he told us he just took the house he could afford and then inside it, created all the houses he would love to live in. For example, the kitchen, which is set in 1950’s New Orleans, is where he would imagine he’d have the perfect Sunday morning breakfast. He told us, “Talliston, to me, isn’t how the world is but is how the world should be.”

“It’s not about living better than other people; it’s about showing what can be done in the most ordinary of places. But also, about showing how important our environment is.

“For me it’s home first and foremost and the fact that people want to come and see it… is lovely.”

John, who was a writer before he bought the house, has now written a book which is being released today and is set inside the house.

Talking about the story, John said: “It’s a narrative that links together all of these times and places… it’s about a 13 year old boy who comes to a deserted, boarded up council house in Great Dunmow… and falls into this labyrinth and it’s about his adventures… but it’s also about my journey in creating the house and about what happens when you start out on that road to your dreams.

“In the book it says: ‘In a labyrinth you don’t lose yourself, you find yourself‘ and in this house I think I’ve found myself.”

John added, “I think I want to show people that anything is possible and you don’t have to have the skill or the money to do something incredible you just have to have the courage and the persistence to do it.

“Lots of people don’t follow their dreams because they feel that they have to be a virtuoso violinist from day one and you don’t. You have to work at things. I had no interior design background, I had no idea how I was going to do this, but you learn... and the person that you are at the end of it, is changed because of that journey and that’s what life’s all about.”

'The stars are aligned': Man who was once afraid of heights prepares for world-record bungee jump