A 31 year-old man from Welwyn Garden City has been jailed for life for the murder of local man Andrew Mason.

Matthew Fathers, of Little Hardings has pleaded not guilty to murdering Mr Mason, 31, in June 2018.

Today, the jury found him guilty of the murder and Judge Michael Kay QC told Fathers he must serve 23 years before being considered for parole.

During a 12-day trial, St Albans Crown Court heard how in the early hours June 16 last year Daryl Daley was visiting a friend at their flat in Moyne House, Ley Walk - also in the flat was Andrew Mason.

However, Matthew Fathers, was visiting a friend in another flat in the same building, and when he was leaving Mr Daley who was known to Mr Fathers confronted him in the communal hallway, and attempted to rob him.

Andrew Mason and his friend who were still inside the other flat, heard noise and went to investigate.

Mr Fathers lunged at Mr Mason, a father of one with a knife, fatally stabbing him.

Mr Fathers and Mr Daley both fled the scene separately but were arrested two days later.

Daryl Daley, 46, of Moss Green, Welwyn Garden City, has been found guilty of attempted robbery against Mr Fathers. He is due to be sentenced on January 25.

In a victim impact statement, Andrew’s father Adrian said: “For over 30 years I had the privilege and honour of being Andy’s father but he has been so cruelly taken from us all. There are so many things I want to say to him that I will now never get the chance to.

“His beautiful 12-year-old daughter will never see her father again. She will no longer have her Daddy there to take care of her and Andy will never get the opportunity to see her grow up, to buy her a car, witness her getting married or hold his own grandchildren.

“Our love for Andy is indescribable and forever ongoing. We will never recover from his tragic and senseless death and will carry it with us for the rest of our lives. It feels like a life sentence has been imposed on us. Our lives have been ripped apart, changed forever and nothing can ever stop the ongoing nightmare we are now living in. It will never be right again.”

Detective Inspector Justine Jenkins, from the Bedfordshire, Cambridgeshire and Hertfordshire Major Crime Unit, said: “This was a tragic case because Andrew had no involvement in the dispute between Fathers and Daley, yet he lost his life. His 12 year-old daughter is now without a father, and his family have lost a much loved son, brother and uncle.

“I want to pay tribute to Andrew’s family for conducting themselves with great dignity throughout the investigation and trial.

“Fathers chose to carry a knife that day, and because of his actions he has not only deprived a young girl of her dad, but ruined many lives – including his own.” 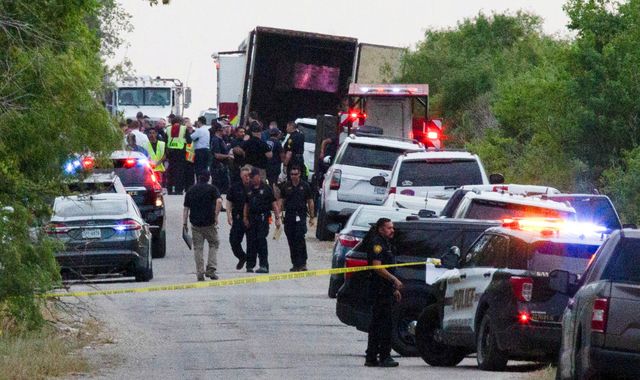