What happened the day Madeleine was abducted? A timeline of events from the day she went missing

The Madeleine McCann Documentary - 'The Disappearance of Madeleine McCann' - arrives on Netflix tomorrow, and the trailer for the controversial new exploration of the abduction dropped earlier today.

But what happened on the day Madeleine went missing and in the subsequent investigation? A timeline of events:

Kate and Gerry McCann take their three children - Madeleine, three, and twins Amelie and Sean, two, on holiday to the Ocean Club complex in Praia da Luz in Portugal.

07:30am: Over breakfast, Madeleine asks her parents why they had not been in the apartment when she'd woken up and cried the night before. They made a 'mental note' to check their children more often when they go out for their evening meal.

The family then go to the swimming pool, where the last known photograph of Madeleine was taken, and the children then go to the kids club while Gerry and Kate have a tennis lesson.

5pm to 6pm: The family go back to the apartment and Kate gets the kids ready for bed. Gerry goes to play tennis again.

7pm: Gerry returns to the apartment. Madeleine is read a bedtime story, and the twins are put in a travel cot next to Madeleine's bed. The shutters outside the ground-floor bedroom are down, and the window is closed. Kate and Gerry leave the bedroom door ajar.

8:30pm: Kate and Gerry leave the apartment to go for dinner. They dine at a tapas restaurant with seven friends.

9:05pm: Gerry goes to the apartment to check on the children. He notices the position of the bedroom door is different to how they left it, but sees all his children asleep in the bedroom. He heads back to the restaurant.

9:15pm: Jane Tanner, who was dining with Gerry and Kate, walks past the McCann's apartment to check on her children. She sees a man carrying a child on her way. This man became a suspect, but Metropolitan Police concluded six years later that this person was an innocent British man carrying his own daughter.

9:30pm: Matthew Oldfield, a friend at dinner, offers to check on the McCanns' children while he checks his own kids in the next door apartment. He says everything is fine when he returns.

10pm: Kate goes back to the apartment and notices that the children's bedroom door is open. As she goes to close it slightly, it is slammed shut by a breeze. She goes into the room and notices Madeleine isn't there. She raises the alarm.

The investigation into the disappearance of Madeleine is launched by Portuguese police. Gerry and Kate, who holds Madeleine's favourite toy Cuddle Cat, make a plea for her return.

Gerry says: Words cannot describe the anguish and despair that we are feeling as the parents of our beautiful daughter Madeleine.

"We request that anyone who may have information relating to Madeleine's disappearance, no matter how trivial, contact the Portuguese police and help us get her back safely.

"Please, if you have Madeleine, let her come home to her mummy, daddy, brother and sister."

Portuguese police say they believe Madeleine was abducted but it still alive and in the country.

Robert Mura, an Anglo-Portugese man, is taken in for questioning. Police make him an 'arguido' (an official suspect).

Kate and Gerry travel to Rome to meet Pope Benedict XVI. It was the first of a series of trips they made round Europe to help the search for Madeleine.

It is reported in the Portuguese media that British sniffer dogs found traces of blood on a wall in the McCann's apartment.

Officers acknowledge for the first time that Madeleine could be dead.

Kate and Gerry are further questioned, and they are both made 'arguidos' in Madeleine's disappearance.

Kate, Gerry and the twins fly back to England.

Goncalo Amaral, the detective in charge of the investigation, is removed from the case after criticising British police in a Portuguese newspaper.

Kate and Gerry accept £550,000 in libel damages as well as a front page apology from Express Newspapers over their claim that they were responsbile for Madeleine's death. Their apology headline was 'Kate and Gerry McCann: Sorry'.

It led their story with: "The Daily Express today takes the unprecedented step of making a front-page apology to Kate and Gerry McCann.

"We do so because we accept that a number of articles in the newspaper have suggested that the couple caused the death of their missing daughter Madeleine and covered it up."

Three Portuguese detectives go to Britain to re-interview the seven friends who were on holiday with the McCanns.

Murat is awarded £600,000 in libel damages from four newspapers who connected him with the disappearance.

The Portugese authorities shelve their investigation and lift the 'arguido' status of Kate & Gerry and Murat.

Thousands of pages of files of evidence from the Portuguese police are made public.

Gerry McCann returns to Portugal for the first time.

The McCann's launch a new appeal, in the area of Algarve, which is where Madeleine disappeared.

Gerry and Kate appear on Oprah

Private detectives say they are looking for a 'Victoria Beckham lookalike' with an Australian or New Zealand accent, who was reportedly seen in Barcelona three days before Maddie went missing.

A file is released from the Portuguese police on possible sightings - which is called 'gold dust' and said to potentially lead to a breakthrough, according to a spokesperson for the McCanns.

Kate and Gerry launch an online petition aiming to force the UK and Portugal to launch a joint review of evidence in the case.

Kate and Gerry appear at the Leveson Inquiry into media ethics, and Kate says she felt 'violated' when her diary was published without permission.

Portuguese police launch a review of the investigation.

British detectives look into a claim that Madeleine's body is buried near the apartment that she vanished from.

The results of a DNA test on a girl in New Zealand prove she is not Madeleine.

Scotland Yard reveal that they have identified more 'people of interest' that they want to speak to. They believe that there is enough evidence to re-open the case, but the Potuguese police are resistant.

The Home Office says it will fund a Metropolitan Police investigation.

Two e-fits are released of a suspect said to be of 'vital importance' - a man who was seen the night she went missing.

British police investigate three burglars who were in the area on the night Madeleine went missing. They send a letter to Portuguese police asking them to help them track her down.

Scotland Yard officers fly to Portugal to meet police there and discuss the case.

Officers from Operation Grande launch search for a man who sexually assaulted five British girls in the same area that Madeleine went missing from between 2004 and 2006.

Five new cases where an intruder abused young girls on holiday in the are are identified by detectives.

Kate and Gerry McCann say they are desperate to find out what happened to Madeleine even if it is the 'worst case scenario'.

Mark Rowley, the Met Police Assistant Commissioner, says that the investigation will enter a 'substantial phase of operational activity' in the coming weeks.

Portuguese police begin their search of an area between Praia da Luz and Lagos behind a water treatment plant - but nothing was found.

Police question 11 potential witnesses in Portugal, including Murat and the staff who worked at the complex Madeleine was staying in.

A child's remains that were found in a suitcase in Australia was confirmed not to be Madeleine.

The number of police officers devoted to the investigation is reduced from 29 to four.

Theresa May, who was the Home Secretary at the time, grants the investigation a further £95,000.

Assistant Commissioner of the Metropolitan Police Mark Rowley say they are following a "significant line of inquiry".

Investigating police confirm that they have been granted more funding from the Home Office.

A Home Office spokesperson said: “The Government remains committed to the investigation into the disappearance of Madeleine McCann.“We have briefed the MPS [Metropolitan Police Service] that its application for Special Grant funding for Operation Grange will be granted.” 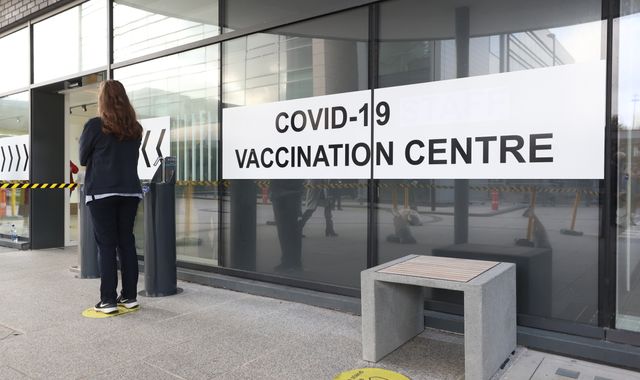