Paul Chuckle reveals brother Barry visits him from beyond the grave

71-year-old Paul claims that Barry's appearance in his dreams is evidence of the afterlife.

The nation was left devastated when beloved entertainer - and one half of The Chuckle Brothers - Barry Chuckle passed away in August 2018.

However, Barry's fun-loving spirit lives on with devoted brother Paul telling the Express: "I believe in the afterlife, he never did.

"I know he knows there is an afterlife now because he's been in most of my dreams ever since he died.

On how he's handled the grieving process of his brother and long-time collaborator, Paul explained: "You've got to grieve, you must grieve... You remember those good times, rather than grieving all the time. Talk to people, about the time we went to Skegness, that time we went to Benidorm."

The brothers - who coined the phrases 'To me, to you' and 'Oh dear, oh dear' - were due to bring their niche comedy style to a whole new generation with a Channel 5 series set to film just days after Barry's tragic death.

Barry kept his bone cancer diagnosis a secret from relatives until just weeks before he passed.

Paul opened up on the moving funeral service for brother Barry, explaining: "Because he wasn't religious, he didn't want a religious ceremony. So, they did it at New York Stadium and there was loads and loads of celebrities who turned up... Some that we'd only met once or twice, others that were really good friends.

"There were hundreds and hundreds of people there applauding. It was a really good send off."

READ MORE: Barry Chuckle kept his illness a secret after being told he had months to live 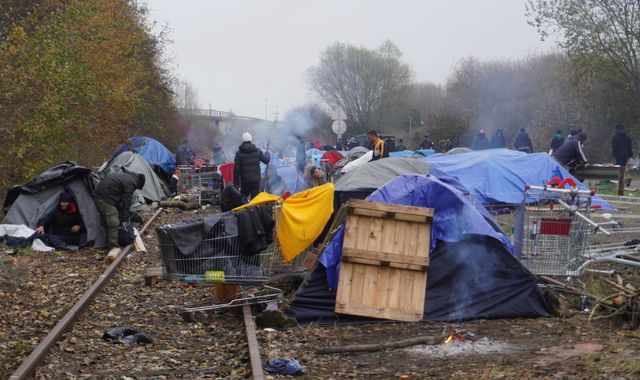